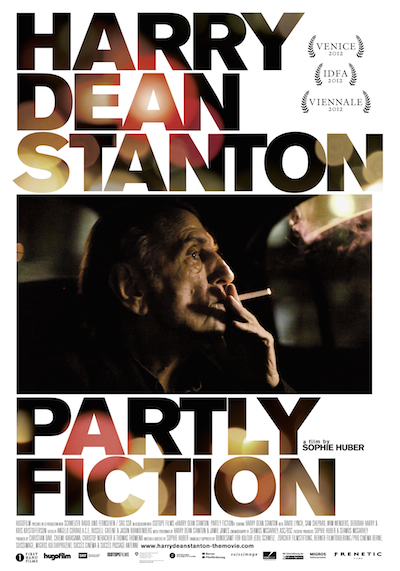 Harry Dean Stanton has been an actor for 60 years, and has appeared in over 200 films, including “Paris, Texas”, “Repo Man” and “Cool Hand Luke”. In this affectionate yet penetrating documentary, filmmakers and colleagues attest to Stanton’s talents and commitment. The actor himself proves to be an evasive subject, deflecting probing questions and preferring to sing in his mournful voice. We don’t mind a bit.

Spending meandering days and nights with Stanton, Huber eschews a traditional biographical portrait in favor of an impressionistic image of this reticent, laconic actor. Stanton offers little intellectual insight into his life and work, but a deep and abiding love of music exposes his sensitivity. Especially enjoyable is listening to him singing “Blue Bayou”. Director and friend David Lynch hangs out for coffee and some amusing quizzing of Stanton, but the actor remains hard to pin down. In his sunset years, he’s still a puzzle, a work in progress, visible only through his enigmatic screen presence. This fact still makes for a fascinating film.