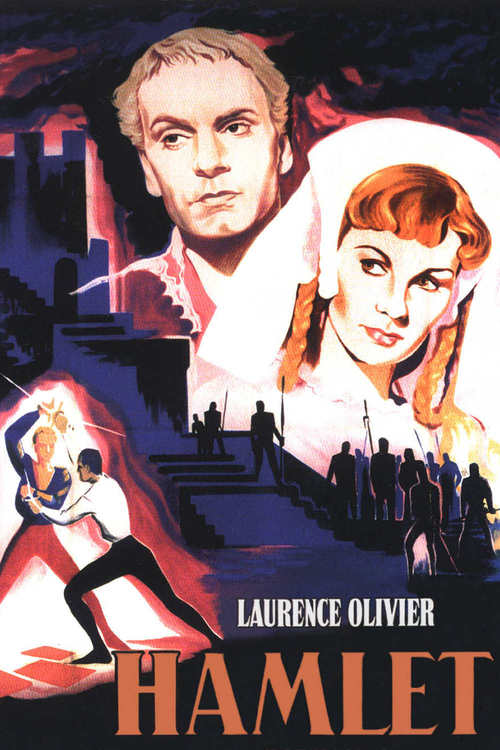 Downcast over the recent, unexpected death of his father and the seemingly rushed remarriage of his mother, Gertrude (Herlie), to his uncle, Claudius (Sydney), young Danish prince Hamlet (Olivier) is a troubled, melancholy young man. When his father's ghost appears one night and reveals that Claudius killed him, Hamlet vows revenge.

Though dozens of versions of Shakespeare's best-known play have been filmed, none rival this moody 1948 adaptation by master dramatist Olivier, who produced, directed, and acted. Streamlining the text to achieve a leaner, tighter feel, Olivier wrings tremendous feeling out of his indecisive, ever-brooding Hamlet, while the radiant Jean Simmons makes an exceptional Ophelia, the dour prince's doomed lover. Distinguished by its inventive camerawork and lush black-and-white photography, Olivier's "Hamlet" won four Oscars, including Best Actor (Olivier) and Picture.