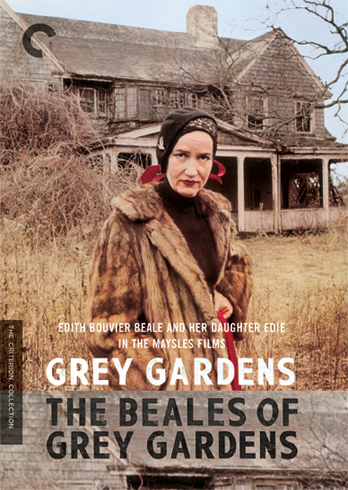 "Gardens" is the stranger-than-fiction tale of "Big Edie" Bouvier and daughter "Little Edie" Beale, respectively aunt and first cousin of Jackie Onassis, who've retreated from the world and their own broken dreams in a decaying East Hampton mansion. Quibbling with each other and reminiscing about bygone days, they share their squalid house with cats, raccoons, and occasional human visitors, but are locked into a routine of isolated co-dependence.

Though the Beales are beyond eccentric, the Maysles find a core of humor and humanity in mother and daughter that counter-balances the ghoulishness of their predicament. "Little Edie" is most comfortable with the filmmakers, to whom she confides various secrets, including her desire to leave. Both women leave a heartbreaking impression, made only more poignant by the dilapidated state of the house, a haunting symbol of lost wealth and privilege.

Grin Without a Cat