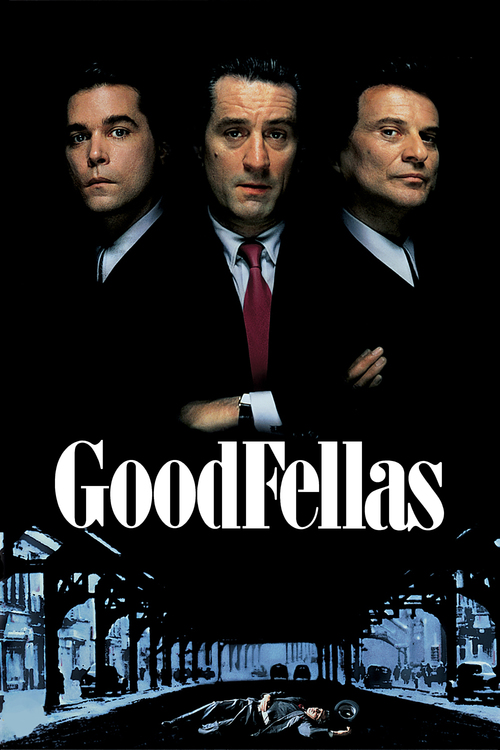 Based on "Wiseguys," Nicholas Pileggi's novel, “Goodfellas” focuses on gangster Henry Hill (Liotta), a Mafia soldier who can never be "made" because he isn't 100% Italian. This hardly prevents Henry from being in the thick of the action, along with mentor Jimmy Conway (De Niro) and cohort Tommy de Vito (Pesci). This unforgettable movie traces the fortunes of Henry and his crew, as eventually the ascendancy of narcotics in underworld business spells Hill's own undoing.

Scorsese's mob masterpiece, which he co-scripted with Pileggi, is an insider's glimpse into the rise and fall of the Mafia from the 1950s onward. Period music, costumes, and a bold, intrusive shooting style help evoke a heady, secret world of crime without consequences; a world bound to implode. Liotta is strangely sympathetic and all-too-human as Hill; De Niro is frighteningly combustible as Jimmy; and Pesci is electrifying as the savage, psychotic Tommy (he nabbed an Oscar for this). My favorite of the director’s films, "Goodfellas" rates as one of the best crime movies ever made.