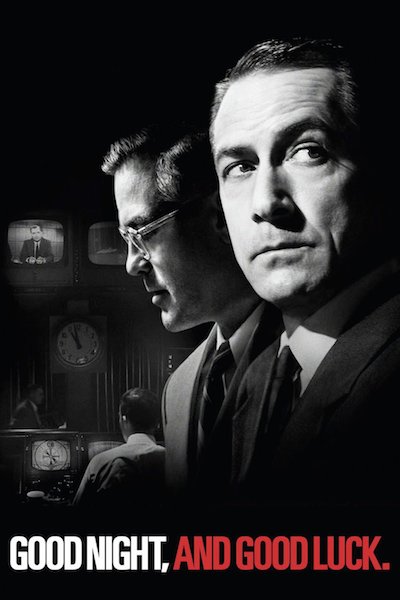 In 1953 Senator Joseph McCarthy is whipping up political fervor with his communist “witch hunts”. Finally, top CBS commentator Edward R. Murrow (Strathairn) feels he must take issue with all his baseless bullying. Along with his producer Fred Friendly (Clooney), he lobs a salvo at McCarthy on their show “See it Now”. McCarthy responds by trying to smear the anchor, but with the reluctant support of CBS chief William Paley (Langella), Murrow takes to the air to destroy McCarthy’s credibility.

Clooney’s second time behind the camera produces a clear-eyed, intelligent assessment of the fear-mongering of the McCarthy era, portraying the committed response from a team of journalists dedicated to the truth. Strathairn projects Murrow’s quiet integrity and under-stated determination, and the tense, fast-moving script by Clooney and co-star Grant Heslov smacks of newsroom authenticity. Nominated for six Academy Awards, this potent drama remains as topical as ever in our byte-sized, 24 hour news cycle world.