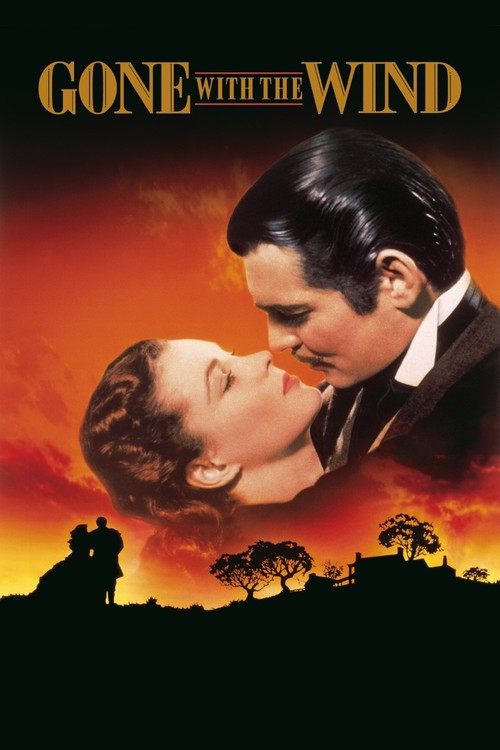 Gone with the Wind

At the outbreak of the Civil War, feisty, narcissistic Southern belle Scarlett O'Hara (Leigh) meets her match in roguish charmer Rhett Butler (Gable), who woos her despite her love for another man, Ashley Wilkes (Howard). Ashley, however, has chosen the gentle Melanie Hamilton (de Havilland) for his bride. All this sets the stage for one of cinema's most turbulent romances, with plenty of historic, cathartic moments in the background, as the progress and aftermath of the war leaves the Old South in ashes.

One of the world's most cherished and enduring pictures, "Wind" was birthed in the mind of novelist Margaret Mitchell and incubated by brilliant, obsessive producer David O. Selznick, who spared no expense in bringing this powerful, affecting story to the big screen. The ultra-lavish production features ornate costumes and art design, jaw-dropping set pieces and historical sequences (especially the burning of Atlanta, for which a whole Hollywood set was torched), all wrapped around the story of a resourceful, if not likable, heroine. Leigh (a native Brit!) plays the self-absorbed Scarlett to perfection, while Gable's Rhett is devilishly suave and fiercely masculine. Grand studio filmmaking at its aristocratic best, Selznick's brainchild nabbed an armload of Oscars, including Best Picture and Actress (for Leigh).

Gonzo: The Life and Work of Dr. Hunter S. Thompson