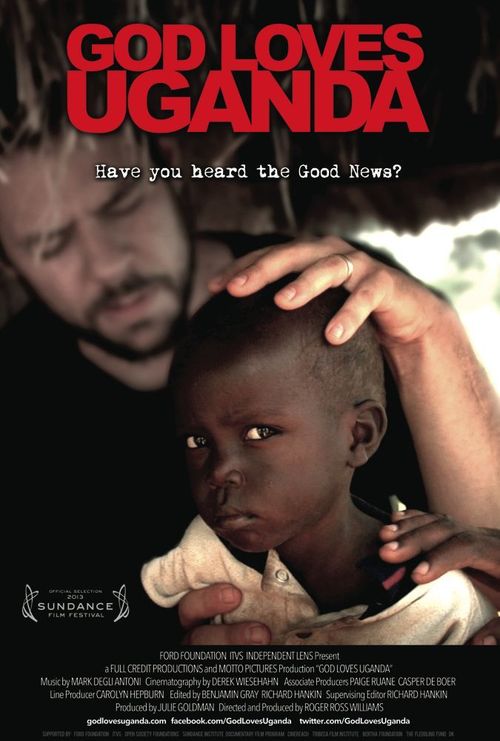 American Evangelical Christians have long been sending missionaries to Africa to convert residents to the teachings of Christ. In this disturbing documentary, filmmaker Williams focuses on the Republic of Uganda, where the battle for souls is raging. With an "anti-homosexuality" bill proposed in parliament in 2009 by Bahati, this hot-button topic is very much on the agenda. Gay activists are ostracized, or worse, as they work to preach tolerance. Unfortunately, they are up against the money and might of Christian groups like the International House of Prayer, who will do almost anything to make this backward bill the law of the land.

With shocking clarity, Williams allows the key players to set the stage and present their views. IHOP leader Engle and anti-gay crusader Lively are seen in interviews and archival footage espousing their extreme opinions on same-sex relations. We also hear from David Kato, who was murdered for his pro-gay activism in 2011. Young, fresh-faced missionaries speak naively about sexual abstinence in a country where AIDS has decimated a generation; still, the church refutes condom use. The American mega-churches may provide schools, wells and health care, but with all that comes a toxic indoctrination that has only gathered strength in recent years. Tragically, the anti-gay bill featured in this documentary was passed in early 2014. Can God really love Uganda?