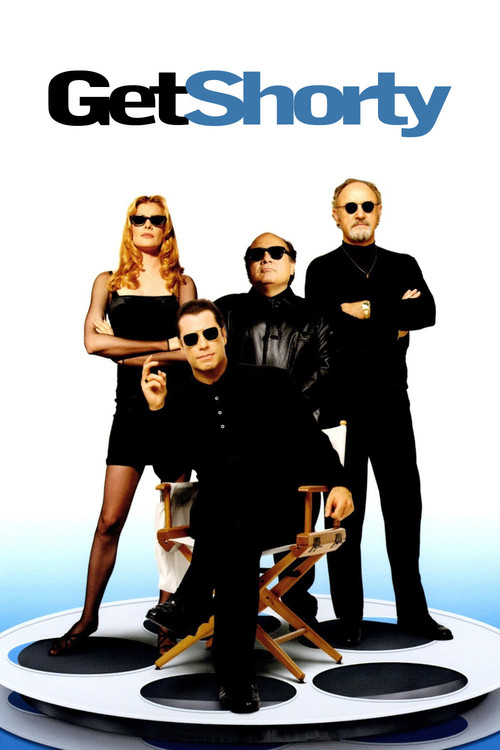 Chili Palmer (Travolta) is a gifted film producer trapped in the body of a loan shark. When he goes to Hollywood to collect on a debt from movie schlock-meister Harry Zimm (Hackman), he ends up pitching him a story instead. Soon he's also wooing Harry's frequent star, B-movie queen Karen (Russo), who's known as the best screamer in the business. Chili's start in show business seems auspicious, but then gets slowed somewhat by the arrival of some shady figures from his day job. Still, for us viewers, this only makes his odyssey more colorful.

Barry Sonnenfeld gets the credit for helming the best screen adaptation of any Elmore Leonard work to-date. Scott Frank's Golden Globe nominated script vividly brings to life the author's hysterically low-life characters, while recreating the unique cadences of Leonard's incomparable dialogue. The result is a flashy, fast and funny outing which lampoons Detroit goombahs and La-La land fringe-dwellers with equal abandon. The players are all in top form: Hackman has never been funnier, and Farina almost steals the picture as a disgruntled mobster who has an axe to grind with Chili. Pay attention to catch a glimpse of a pre-"Sopranos" James Gandolfini as a hapless bodyguard.

Gett: The Trail of Viviane Amsalem