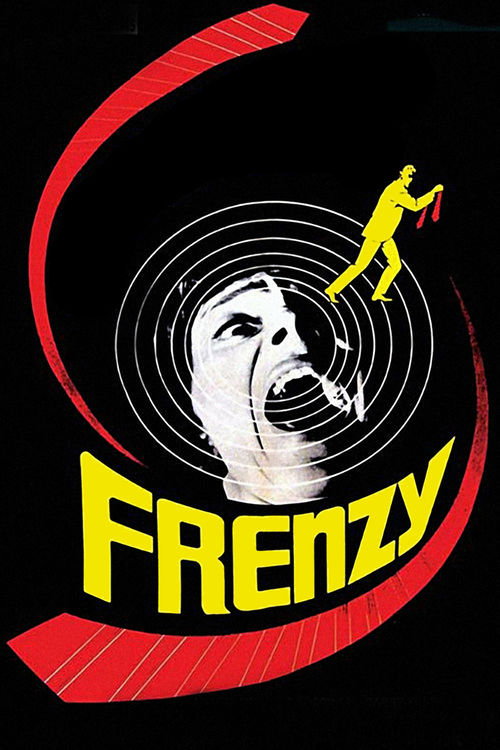 Richard Blaney (Finch) is a young man suspected of being London's "neck-tie murderer" after his estranged wife falls victim to the killer shortly after the two are seen together. Unbeknownst to Blaney, the murderer is right under his nose, and has ingeniously implicated him in a string of crimes. Still, Chief Inspector Oxford (McCowen) is not altogether certain that Blaney's their man. Will Richard find a way to clear himself, and expose the real culprit?

Thirty years after leaving England, Hitchcock ventured back there to make this virtuoso tale of suspense. Finch is solid, assuming the familiar mantle of Hitchcock hero, the innocent man everyone thinks is guilty. Still, it's Barry Foster's smarmy turn as a criminal mastermind, and McCowen's deadpan performance as the dogged Scotland Yard inspector, that remain locked in your memory. The gruesomely comic "Frenzy" stands, in our view, as Hitchcock's last great film. (Also watch for Vivien Merchant, who almost steals the film as McCowen's devoted wife... and a hopeless cook.)