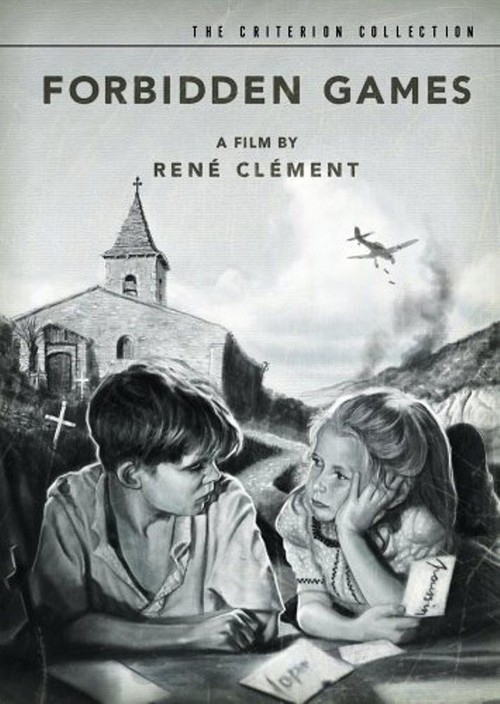 A small girl named Paulette (Fossey) is suddenly orphaned in the French countryside as her parents fall victim to the invading Nazis. Thanks to son Michel (Poujouly), the Dolles, a poor farming family, take in Paulette. With the war raging around them, Michel and Paulette bond, and in secret, begin building a small cemetery for dead animals.

The stark simplicity of Rene Clement's masterpiece makes it one of the more eloquent anti-war statements ever put on film. In a world gone mad, Michel and Paulette respond with an act of quiet kindness, which is their way of making sense of what is happening. While clinging to childhood via their secret game, the two unwittingly reflect humanity's noblest traits in its darkest hour. Haunting and profound.