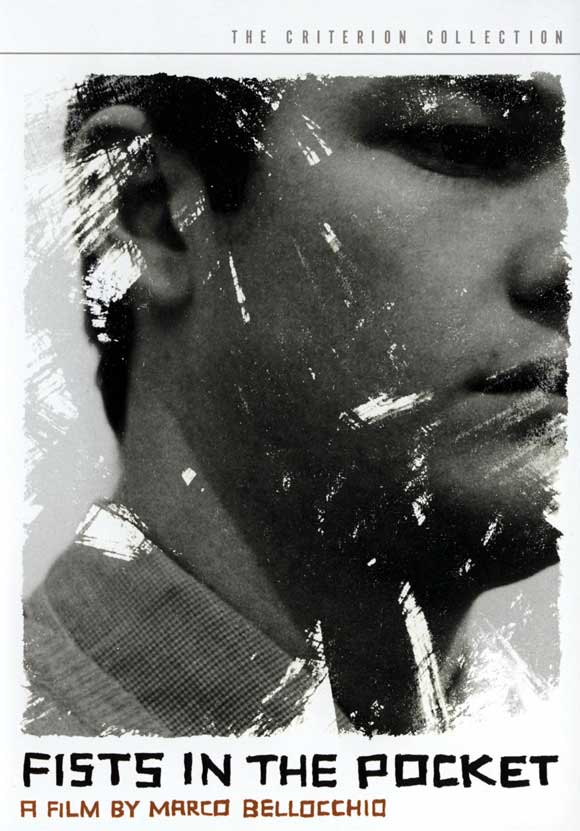 Fists in the Pocket

Alessandro (Castel) is a troubled young man from a large, mentally unstable Italian clan who all suffer from a variety of ailments, including epilepsy. Sympathetic to the plight of his older brother Augusto (Mase), who wishes to marry but doesn't want to burden his girlfriend with caring for his blind mother and eccentric siblings, Alessandro decides to murder everyone in the family so Augusto can enjoy the freedom their existence denies him.

This bleak, tragicomic family drama created an uproar after its release in 1968, ostensibly for offending basic moral values and assailing the virtues of Catholicism, and the title is a metaphorical reference to the turbulent psychology of epileptic sociopath Alessandro. Played with burning ferocity by Swedish actor Lou Castel, Alessandro is a loose cannon of teeming hate who seemingly has no qualms about pushing his blind mother off a cliff or penning incestuous verse to his sister Giulia (Pitagora). Perverse but enthralling, "Fists" instantly secured Bellocchio's reputation as a coolly assured director, and ranks among the seediest of family-dysfunction tales.