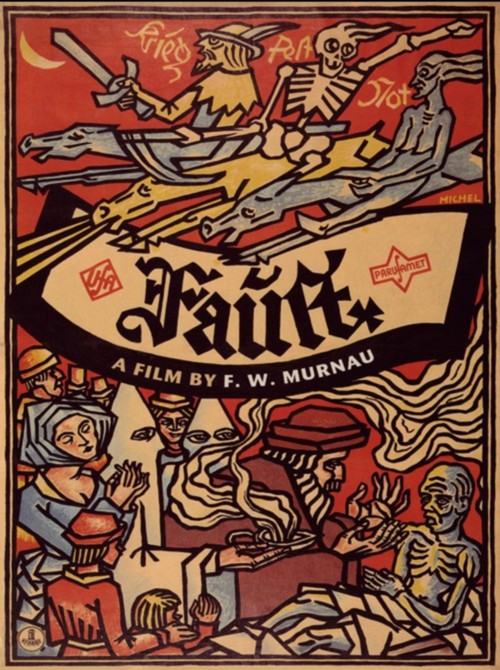 Losing his faith in God and science after a plague devastates his village, bookish alchemist Faust (Ekman) turns to black magic for help. He is visited by a demonic spirit called Mephisto (Jannings), who's intent on corrupting his soul. Offering him eternal youth on a trial basis, the manipulative Mephisto soon blinds Faust's eyes with lust, which leads the way to a permanent pact between them. What can save Faust now from eternal damnation?

Murnau's visually inspired updating of this German folk legend is a masterpiece of the silent era, and one of the famed director's most arresting films. Stylized sets, expressionistic lighting, and a strong cast, including Camilla Horn as the corrupted virgin and possible savior of the doomed Faust, only add to the film's majesty and mystery. Jannings, for his part, is downright creepy as the cunning Mephisto: a pure embodiment of evil. Deals with the devil are rife in cinema, but "Faust" makes this familiar story as fresh and as haunting as ever.