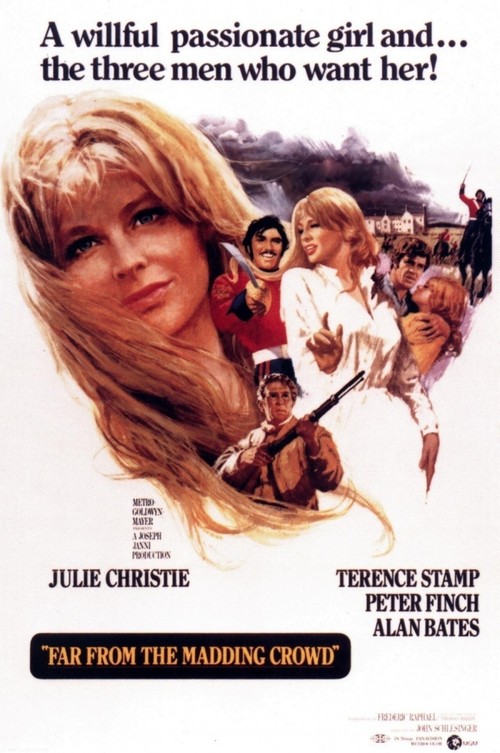 Far from the Madding Crowd

Gorgeous and willful, English country heiress Bathsheba Everdene (Christie) is pursued by three admirers – sheep farmer Gabriel Oak (Bates), rich landowner William Boldwood (Finch), and handsome soldier Sergeant Troy (Stamp) – each of whom comes from a different walk of life. As the rivalry between the men is conditioned by fate and circumstance (and a comely maid, in Troy's case), Bathsheba's conflict between love and security puts her at risk of losing all her prospects.

John Schlesinger ("Billy Liar," "Marathon Man") marshals a hugely talented cast to enact the multiple-suitor scenario in this sterling adaptation of Thomas Hardy's class-conscious novel. The ace up his sleeve, though, is future director Nicholas Roeg ("Don't Look Now"), whose exquisite wide-screen cinematography brings foggy Dorset to vivid life, especially in a stunning shot of a flock of sheep leaping over a cliff to their death. For a bold, intelligent look at love and marriage in 19th-century pastoral England, mingle with this "Crowd."