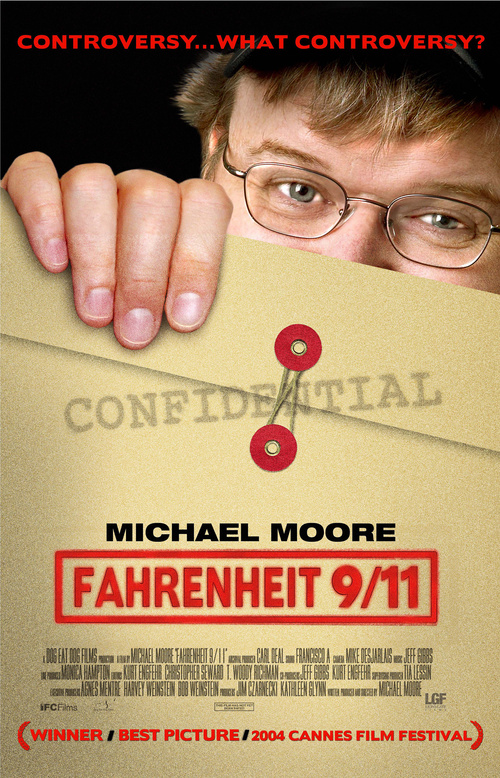 Burly, disheveled provocateur Moore sets out to expose the lies and hypocrisy of the Bush Administration in the aftermath of the 9/11 attacks. He examines the rush to war in Iraq, elucidates the surprising connections between the Bush and Bin Laden families (!), and ponders whether the White House deliberately ignored the Saudi royal family's close ties to terrorism.

Armed with loads of footage and an arsenal of documented facts to substantiate his claims, Moore here flambées George W. Bush, charging his administration with corporate crime, warmongering, and oil-wellian subterfuge. Moore is never less than provocative, and his sense of outrage seems justified, especially when you glimpse Bush walking hand in hand with a Saudi prince, or listen to a bereaved mother of a dead soldier vent her anger. With "Fahrenheit," Moore delivers a clever and devastating slap in the face to the arrogance of power.