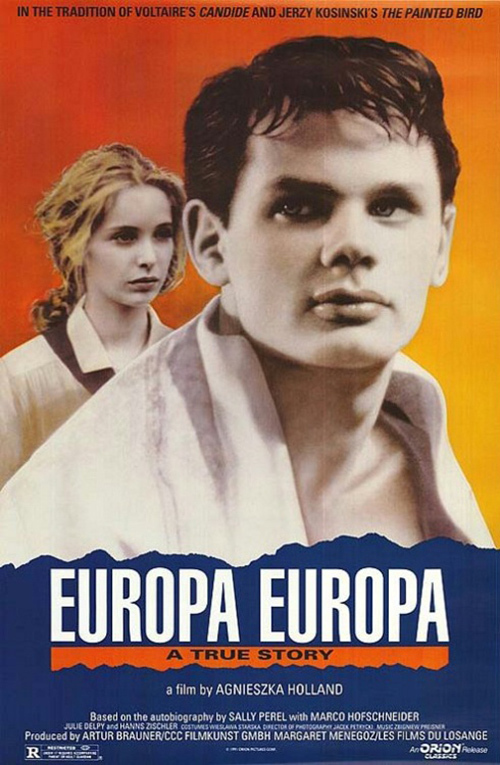 Solly (Marco Hofschneider) is a young German Jew who escapes Nazi persecution by traveling with his brother to Poland. They get separated en route, and Solly ultimately lands in an orphanage there. Later, when the place is commandeered by the invading Germans, Solly convinces them he is Aryan and becomes their translator. Affable and obedient, the young man is eventually recruited to join the Hitler Youth. Knowing he's far better off than most of his people, Solly feels consuming guilt for living a lie; at the same time, there is a constant fear that he could be exposed and summarily shot, anytime and anywhere.

The events depicted in this remarkable film seem improbable at best, yet they're all true, recorded by the real Solomon Perel in his autobiography. Director Holland, who won an Oscar nod for her screenplay, balances a coming of age tale, as we watch Solly mature over a seven year period, and a riveting suspense yarn, as the young man faces certain death should anyone ever discover that he's circumcised. We dread this boy's possible detection by the Nazis, but we also cringe at the fact that he must deny who he is in order to survive. This incredible World War II saga is both gripping and thought-provoking, exploring fundamental themes of identity and the overriding human instinct to survive.