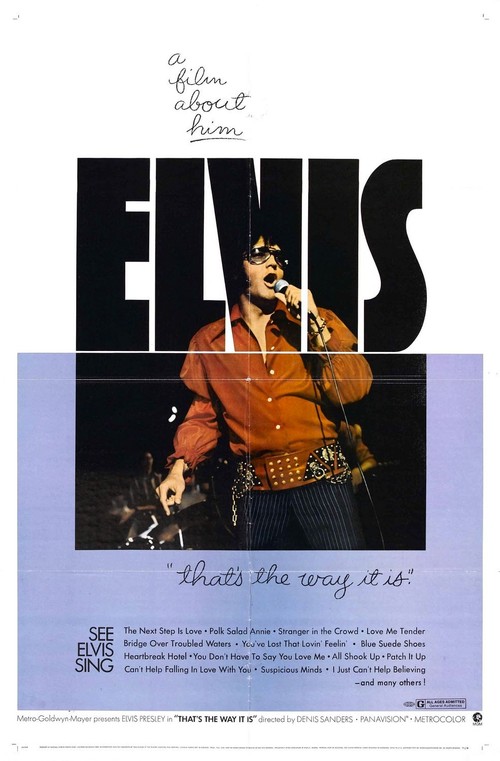 Elvis: That's the Way It Is

The king of 50's rock-'n'-roll is still kicking in Denis Sanders's rousing tribute, which finds Elvis at a crossroads. With the waning of his movie career allowing him to get back to his first love of live performing, Presley rehearses for his much ballyhooed Las Vegas opening; in-between rehearsals, he yuks it up backstage with the Jordanaires, and traipses around with his entourage until his big-night debut.

Presley looks terrific in this 1970 docu-portrait of the Memphis legend's bid for glitzy Vegas glory. Beyond the force of his charisma and talent in full blossom, we get a glimpse of Presley's comical, playful side, which humanizes this larger-than-life entertainer. The film culminates in an electric opening-night performance, with such luminaries as Cary Grant and Sammy Davis, Jr. in attendance. Elvis fans will be delighted, because "That's the Way It Is" lends poignancy to this last moment when the King appeared at his very best.

Encounters at the End of the World