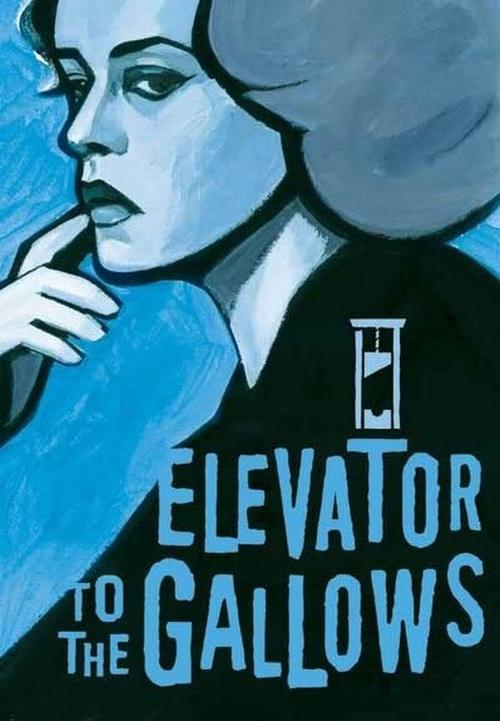 Elevator to the Gallows

Wealthy Florence Cavala (Moreau) arranges to have her lover Julien Tavernier (Ronet) murder her husband, who is also his boss. He completes the mission, but just as he's about to make his getaway, Julien realizes he's forgotten something at the office. When he goes to retrieve it, he gets waylaid, and worse luck, his car is stolen by a reckless, joyriding young couple, forcing him to miss his rendezvous with Florence. Fate takes an even grimmer turn for the scheming lovers when the juvenile car thieves add their own killing to the evening's activity list.

An auspicious debut for Malle (just 25 when "Gallows" opened), this superb thriller pairs a noirish plot involving two murderous couples with a lurid, claustrophobic atmosphere. Julien's efforts to escape the crime scene are intercut with shots of the car thieves's dark exploits and Florence's aimless walks along the Champs-Elysées looking for Julien — a bold technique, in that the film's protagonists remain isolated for most of the picture. Moreau, who cemented her career on the strength of this performance, is a vision of distressed beauty, woefully illuminated by the glare of nighttime Paris. Lean direction, vivid camerawork, and a moody, soul-stirring jazz soundtrack by Miles Davis further emphasize the air of grim fatalism. Edgy and twisted, these "Gallows" will leave you hanging — and you'll love it.