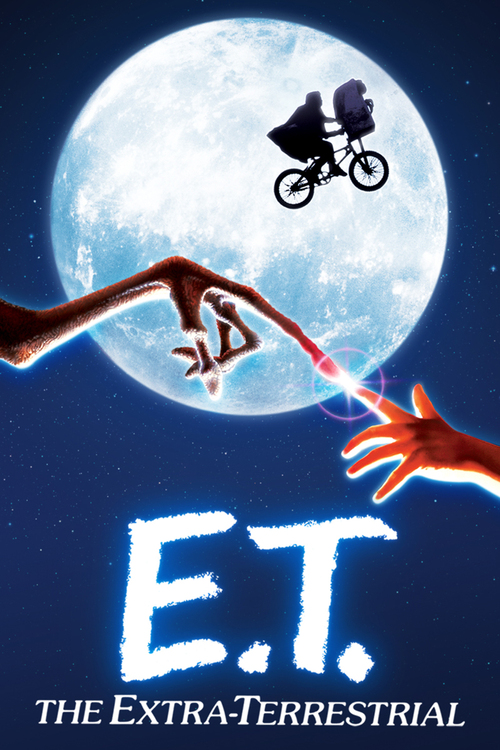 A gentle "extra-terrestrial" creature is stranded on Earth, and gets discovered and adopted by ten-year old Elliott (Thomas). Nicknamed "E.T.," the being is sweet and cuddly, but Elliott can't keep its presence a secret for long, particularly when younger sister Gertie (Barrymore) finds out. It's also clear that prolonged exposure on Earth is sapping E.T.'s health. With government agents closing in, Elliott must get E.T. back to the spot where his fellow creatures can land to rescue him.

Spielberg creates movie magic with this warm-hearted yet gripping fantasy tale. E.T. himself is a creative marvel, certainly the cutest, most non-threatening alien in sci-fi history. The child actors are uniformly good, particularly Thomas and the beguiling Barrymore. "E.T." ingeniously turns science-fiction conventions on their head, as the earthling grown-ups are the bad guys, and the alien, the hero. Larger-than-life emotion (and tension) elevate this film to the status of timeless family classic, aided by another majestic John Williams score. E.T. – phone home!