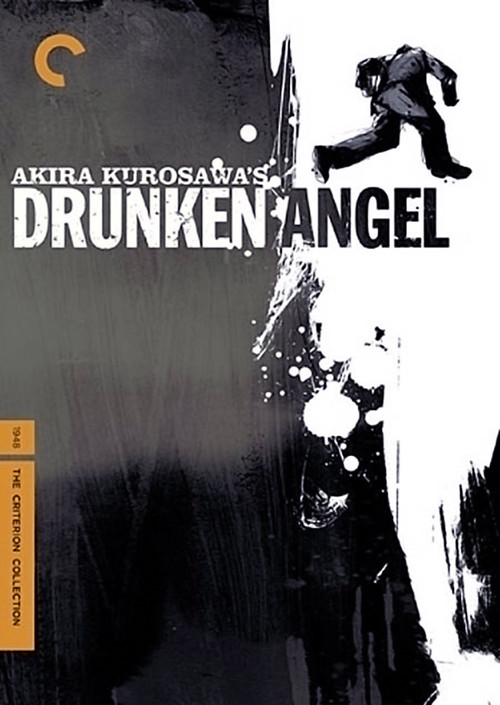 Dr. Shanada (Shimura) is an alcoholic who presides over a rundown clinic for the indigent on the slummy outskirts of Tokyo. One day, cocky, hard-drinking gangster Matsunaga (Mifune) comes to him seeking treatment for a bullet wound, and Shanada discovers that the brash young man has tuberculosis. Seeing a bit of his own lost youth and vitality in the ailing thug, Shanada struggles to lead him on the road to health and moral renewal.

Kurosawa's self-acknowledged breakthrough feature, and his first with longtime leading man Mifune, "Angel" settles on the unlikely relationship between a grumpy, dissolute doctor and the self-destructive criminal who first resists and then comes to respect him, provoking conflict with yakuza boss Okada (Reisaburo Yamamoto). Mifune's screen presence is as formidable and energetic here as it would be in all the subsequent features he made with Kurosawa, whose milder temper was the perfect counterweight to the actor's glorious excesses.