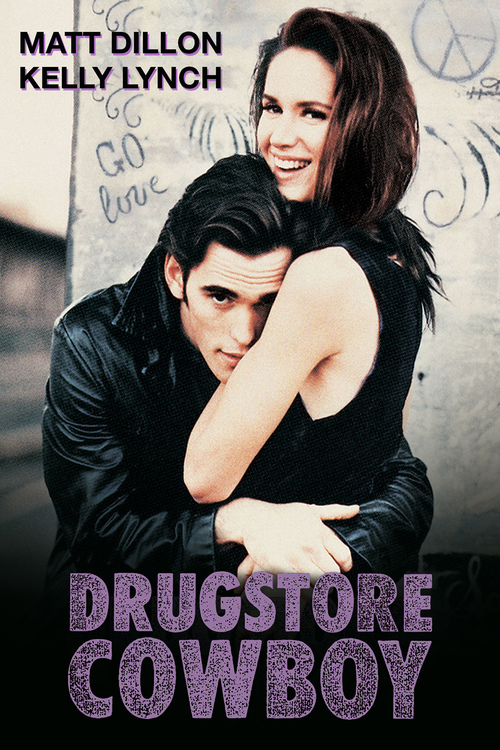 Bob (Dillon) is the charming leader of a group of pharmacy-looting heroin addicts that includes wife Dianne (Lynch), mopey, slow-witted Rick (Le Gros), and Rick's teenage squeeze, Nadine (Graham). Scoring big after one dicey heist, Bob concocts a way for them all to stay high indefinitely as they travel from town to town. Meanwhile, a cop named Gentry (Remar) has been tracking their robberies, and is closing in on Bob and his troubled crew.

Set in 1971, Van Sant's dark, desperate ode to the junkie lifestyle neither glamorizes nor judges its edgy, wayward characters. Dillon excels as the quick-thinking ringleader of outlaw drifters — superbly played by Lynch, LeGros, and a young Heather Graham — whose only immediate goal is getting their next fix. With stylish camerawork and black humor, Van Sant depicts the ravaging effects of drug abuse on this dysfunctional family, while Dillon's voiceover adds a twinge of sadness. And who else but William S. Burroughs could make such a convincing dope-addicted priest? A breakthrough for Van Sant, "Drugstore Cowboy" rides high on the low life.

Drums Along the Mohawk