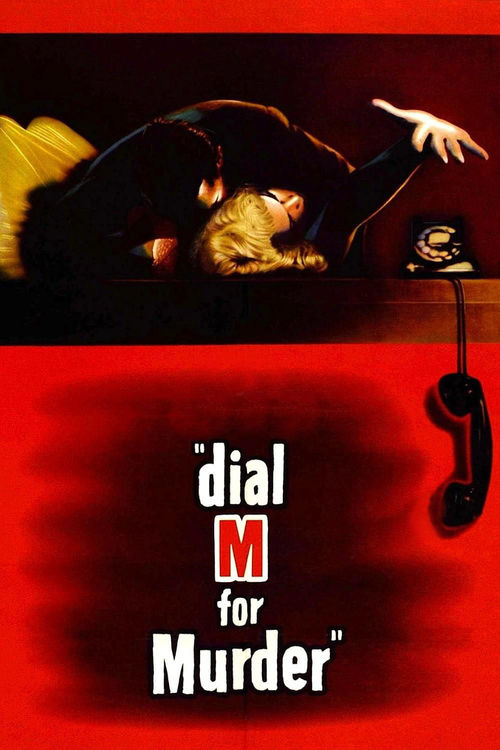 Set in the posh preserves of London, "Dial M" delivers the recurring Hitchcock theme of evil found in unexpected places and people, often close to home. Ray Milland plays smooth, conniving Tony Wendice, a husband who wants his philandering young wife Margot (Kelly) out of the way. He pays a disreputable old school chum to kill her, but the man botches the job and ends up dead himself. Will dogged Scotland Yard Inspector Hubbard (Williams) find a way to expose the wily Wendice, whose carefully arranged alibi seems airtight?

Re-made several times (most recently as "A Perfect Murder" with Michael Douglas and Gwyneth Paltrow), Hitchcock’s original has never been surpassed. The casting is inspired, with Milland the essence of oily smugness as Tony, and Williams blandly British as Hubbard. Hunter and quarry thus play off each other perfectly. And then there's the lady who causes all the fuss: Grace, in her first of three roles for Hitchcock. She is so stunning here that the very concept of doing away with her seems like a particularly egregious crime. Cummings is also solid as Mark Halliday, the other man, who strategizes with Margot and Hubbard on how to implicate Tony. Don’t miss that ending!

Diary of a Chambermaid