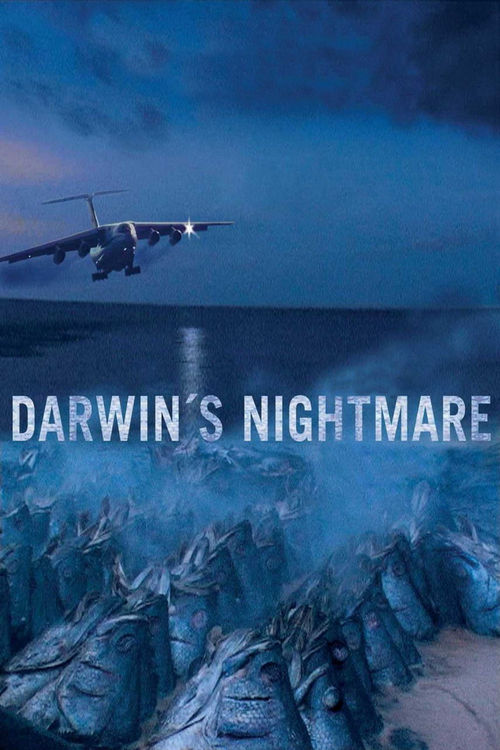 On the shores of Lake Victoria, the world's second largest lake and once a thriving ecosystem, impoverished Tanzanians from the countryside eke out a living fishing and processing the predatory Nile perch (a large freshwater fish) for European markets. As giant cargo planes fly in and out of the country, carrying nothing into the drought-afflicted region but transporting tons of fish out, the desperate rake through old carcasses for food, while others haunt the streets as prostitutes.

Sauper's harrowing, Oscar-nominated doc takes us into the sickened heart of Tanzania, where the economy revolves around the processing of Nile perch, a species introduced by foreigners that has entirely devastated Lake Victoria's once-teeming waters. Talking to various locals lured to Dar Es Salaam by the promise of work, as well as Indian plant owners and the Russian pilots who may or may not be illegally shipping arms into the increasingly fragile country, Sauper gives us a powerful glimpse into the grim, grinding cycle of poverty that much of the world lives in — and how that condition is fueled by our global economy. This "Nightmare" is truly unforgettable.