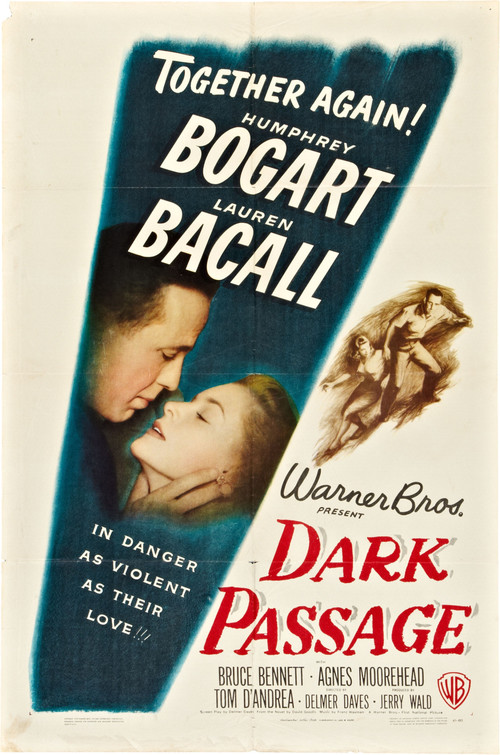 Wrongfully accused of murdering his wife, Vincent Parry (Bogart) escapes San Quentin prison and hides out in the apartment of Irene Jansen (Bacall), a lovely socialite convinced of his innocence. After undergoing plastic surgery to radically alter his face, a now unrecognizable Vincent devotes his efforts to seeking out the actual killer.

Filmed on location in San Francisco, this inventive noir is the third of the legendary Bogart/Bacall pairings, and hinges on the unusual face-transformation plot point. For the first part of the film, Daves presents the action using a point-of-view camera shot, in which we see everything through Vincent's eyes. Once his bandages are removed, the objective perspective is restored, and Bogart appears for the first time. This visual gimmick is half the fun of watching "Passage," along with the potent chemistry of its married stars. Then there's Agnes Moorehead, who vamps it up — and almost steals the picture — as a shrewish deviant named Madge. For a first-rate mystery/thriller, "Dark Passage" leads the way.