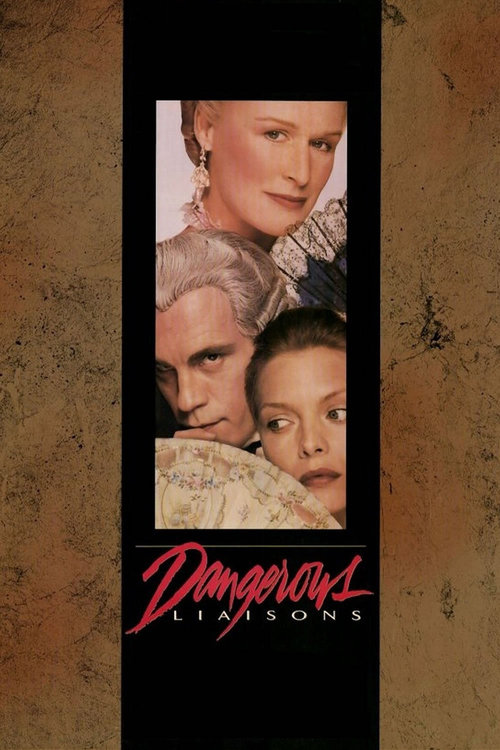 Stephen Frears's film details the intricate romantic intrigues hatched among bored French aristocrats in the eighteenth century. Scheming Marquise Isabelle (Close) offers former lover Vicomte de Valmont (Malkovich) another tumble if he can seduce the beautiful but naive Madame Marie (Pfeiffer). This won't be easy, but Valmont accepts the challenge with alacrity. The game's thus afoot, and however underhanded its intent, it's a guilty treat to see it unfold.

"Liaisons" had been filmed before (Roger Vadim did a modern-day version in 1960) and would be again (1989's "Valmont" and 1999's "Cruel Intentions"), but this is the best of the lot, boasting a lush production and a deliciously wicked performance from Close. Malkovich, while not traditionally handsome for the Valmont role, injects a sly, predatory sexuality that compensates nicely. Pfeiffer has never been better (or prettier), and watch for the vision of budding womanhood that is Uma Thurman. A clever, eye-filling treat.