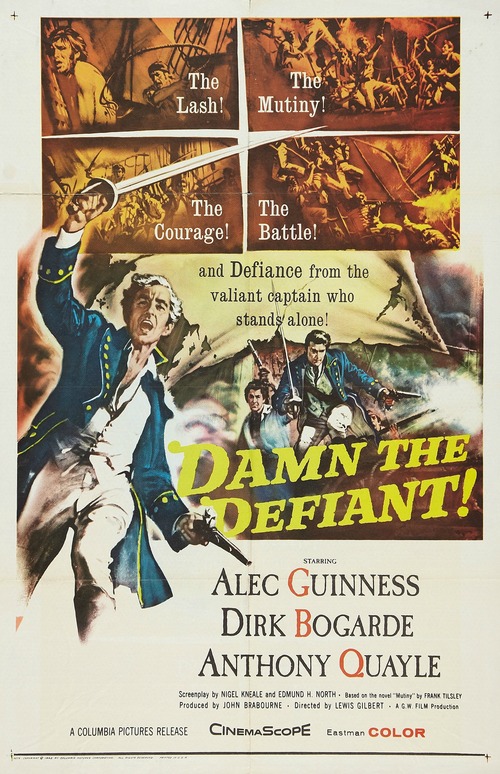 During the Napoleonic Wars of the late 18th century, Captain Crawford (Guinness) runs a tight ship, the H.M.S. Defiant, even bringing on his young son as apprentice crewman in his pursuit of the French at sea. What the fair-minded Crawford doesn't count on in his latest voyage is his new second-in-command, First Lieutenant Scott-Padget (Bogarde), a young martinet in the making, with friends in high places back at the Admiralty. The cruel Padget undermines Crawford's more humane instincts at every turn, turning a crew already disgruntled at deplorable conditions on-board into a mutinous horde.

This salty, sadly overlooked British entry fires on all cylinders. Lewis Gilbert (who'd go on to direct the original "Alfie" and three Bond entries) displays a sure hand here, armed with a solid script and two excellent players in the leads. Guinness and a deliciously hateful Bogarde cross verbal swords with gusto, while the always reliable Quayle organizes the men below. The denouement is worth waiting for, with stunning color footage recreating these beautiful ships in full battle mode. As period war movies go, you'll find this "Defiant" ship-shape indeed.

Dance with a Stranger