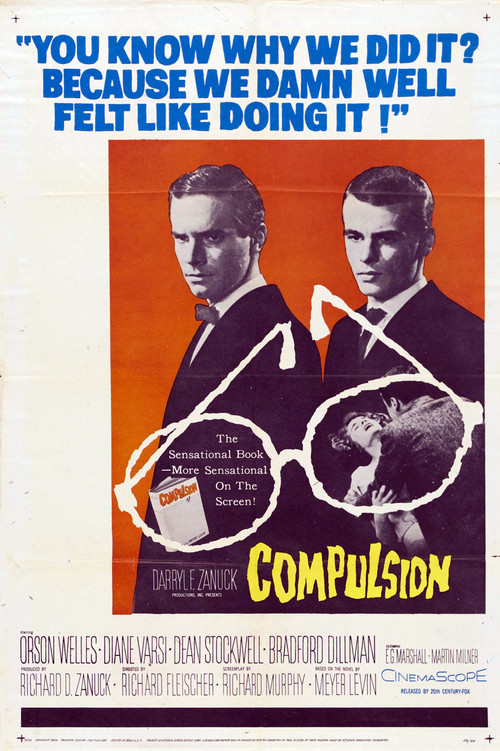 Setting out to prove their intellectual superiority, two rich, arrogant young law students, Judd Steiner (Stockwell) and Artie Straus (Dillman), concoct the "perfect crime," killing an adolescent boy simply to prove they can get away with it. The crime's execution is far from perfect, however, and soon the two are nabbed. The defendants' parents then engage the country's top defense lawyer, Jonathan Wilk (Welles), to save the boys from the death penalty.

Based on the bizarre Leopold-Loeb murder case that gripped the nation back in the mid-1920s, Fleischer's eerie "Compulsion" is a tense, stylish true-crime thriller. Actors Stockwell and Dillman bring the homicidal duo's sick, gay-inflected relationship to creepy life in the movie's first half; while a wily and disheveled Welles, standing in for real-life attorney Clarence Darrow, takes over in the second half, delivering an electrifying closing argument in court that alone is worth the price of admission. This is one "Compulsion" you won't mind having.