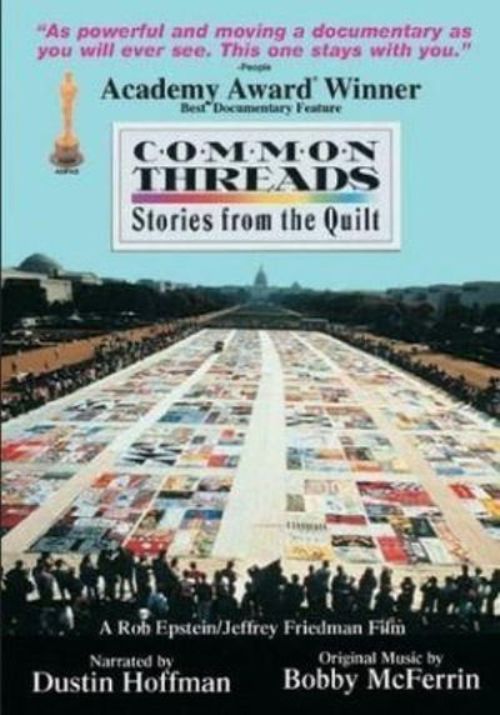 Common Threads: Stories from the Quilt

In 1985, a noble mission began to create a gigantic, one-of-a-kind quilt dedicated to those who had lost their lives to AIDS. This Oscar-winning documentary tells the stories of six people whose memorials became part of that fourteen-acre piece of artwork, including the parents of a hemophiliac child, the lesbian friend of an ex-Olympian, and a gay Navy commander.

"Threads" is a heartbreaking film that bears witness to the courage of those who lost their battle with AIDS, as well as those who survived them. Through a mix of home videos, photo-collage, and personal testimony, loved ones remember their departed friends, family members, children, and lovers. Just as important, the film portrays their justifiable anger at the ignorance and complacency of the federal government in reacting to the crisis. Don't miss this affecting testament to those forced to confront a mysterious killer, with precious little support.