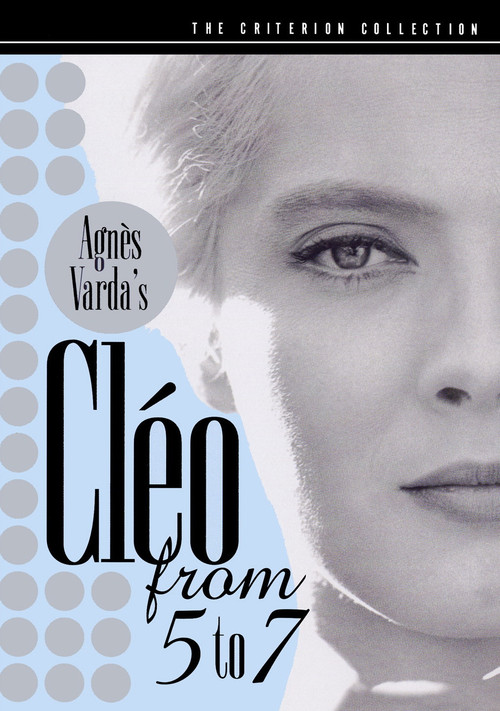 Over the course of an afternoon, as she awaits the results of a medical exam for cancer, spoiled pop chanteuse Clo (Marchand) goes about her daily errands with an alternately morbid and pouty attitude. But when she meets Antoine (Bourseiller), a kind-hearted soldier on leave, he has a tranquilizing effect on the ravishing singer's anxiety.

With "Cléo," photojournalist-turned-filmmaker Agnes Varda (wife of Jacques Demy) composes an effervescent visual homage to the "City of Lights" and the modern harried woman, beautifully capturing the faces of everyday Parisians as well as the giddiness of big city life. Over the course of one day, we watch Cléo (real-life model/pop-singer Marchand) negotiate the hustle of modern-day Paris streets and boutiques, collaborate with songwriters (one of whom, Michel Legrand, is the film's composer), visit with friends and a fortuneteller, all the while feeling the gnawing anxiety of her expectant diagnosis. One of the most dizzyingly romantic works of the early New Wave, "Cléo" will sweep you right off your feet. (Also look for brief cameos by Jean-Luc Godard and Anna Karina in the comic silent-film segment.)