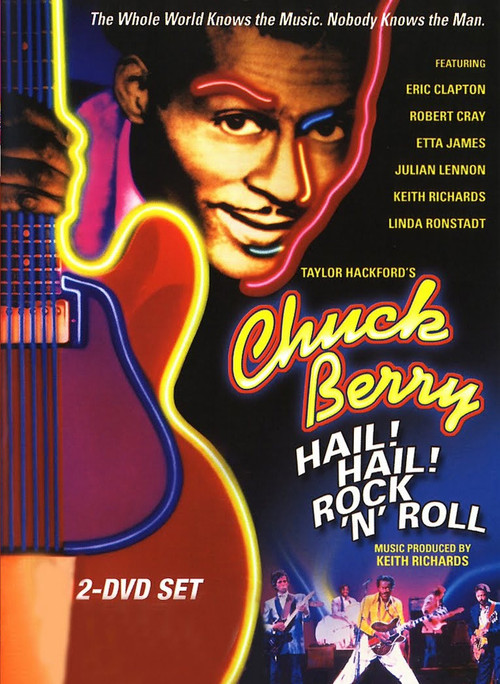 On the eve of his 60th birthday, legendary songwriter and pioneering rocknroller Chuck Berry assembles a crack international band, including Keith Richards and Eric Clapton, to perform an anniversary concert in his hometown of St. Louis. Interspersed with raw-sounding rehearsals and lively performances of hits like "Maybelline" and "Roll Over, Beethoven" are interviews with associates, bandmates, and famous admirers like Bruce Springsteen and Jerry Lee Lewis. But above all, the star of the show is Berry, a guarded, mysterious, and often difficult character who hides as much as he reveals.

Filmed in 1986 and produced by Berry for Oscar-nominated director Hackford, "Hail! Hail!" is much more than a rollicking concert documentary (Etta James, Linda Ronstadt, and Julian Lennon are all on the bill) and long-overdue homage to the musician most closely associated with the birth of rock 'n' roll. Berry gives Hackford a tour of his home studio and old haunts, divulging intimate details of his life and career, but blocks uncomfortable questions posed to his longtime manager and hardly-seen wife. It takes Richards, who has a curiously ambivalent personal relationship with his idol, to sum up the essential enigma of Chuck Berry: "The more we learn about him, the less we know."

Chuck Jones: Extremes and In-Betweens – A Life in Animation