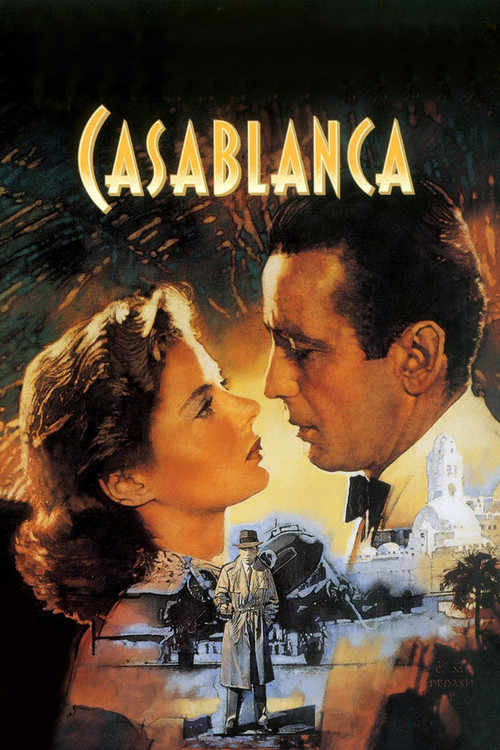 Cynical club owner Rick Blaine (Bogart) and his former lover Ilsa (Bergman) reunite unexpectedly at his expatriate café in Morocco while war rages in Europe. Ilsa's devoted to her husband, Resistance leader Victor Laszlo (Paul Henreid), on whose behalf she seeks help via the well-connected Rick. This will be a challenge: though Ilsa still holds a candle for Rick, he nurses well-justified resentment over Ilsa's past rejection of him. And famously, Rick is a man who "sticks his neck out for no one."

No film has embedded itself more firmly in the collective imagination than this captivating, still-unparalleled romance adventure, which epitomizes everything that Hollywood filmmaking – at its very best – strives to be. Was there ever a more unlikely yet perfect pairing than the radiant Bergman and the world-weary Bogart? Portraying the twilight of civilized society in a foreign place, and the rising menace of new world evils, director Curtiz masterfully juggles tragedy and humor, intrigue and action to tell a timeless story rich in personal and political detail. And what an indelible, heart-catching finale! "Casablanca" won Oscars for Best Picture, Director, and Screenplay, and continues to mesmerize on repeat viewings. Play it again, Sam.