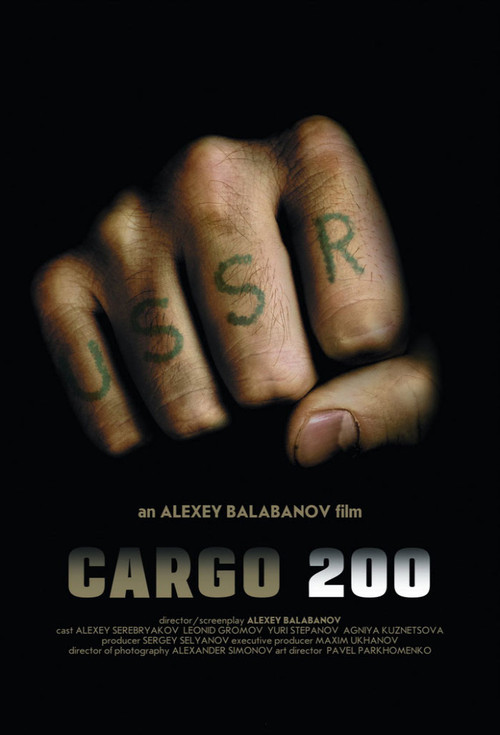 In 1984 Soviet Russia, psychopathic police captain Zhurov (Poluyan) takes a break from sadistically beating his prisoners to lounge at the rural cabin of his bootlegging comrade Aleksey (Serebryakov), where an atheist professor (Leonid Gromov) engages the men in heated, nearly violent theological debate after his car breaks down. Later, they’re joined by a drunk young entrepreneur and the disco-loving daughter of a Communist chief, Angelika (Kuznetsova), who are looking to score some illegal grain alcohol, provoking Zhurov to unleash vile acts of cruelty and sexual abuse.

Balabanov’s acidic, ultra-dark satire of perestroika-era Russia — the name refers to the body bags of dead soldiers brought back from the failed war in Afghanistan — opens as a brutal realist drama about perversity and police corruption. Before you know it, it veers into “Texas Chainsaw Massacre” territory, as the monstrous Zhurov kidnaps Angelika in the creepy cottage and subjects her to torture. An unpitying attack on the political sins of his motherland, Balabanov’s “Cargo 200” is grim, frightening, and sometimes shrewdly funny, especially in the early scenes with Zhurov’s demented mother.