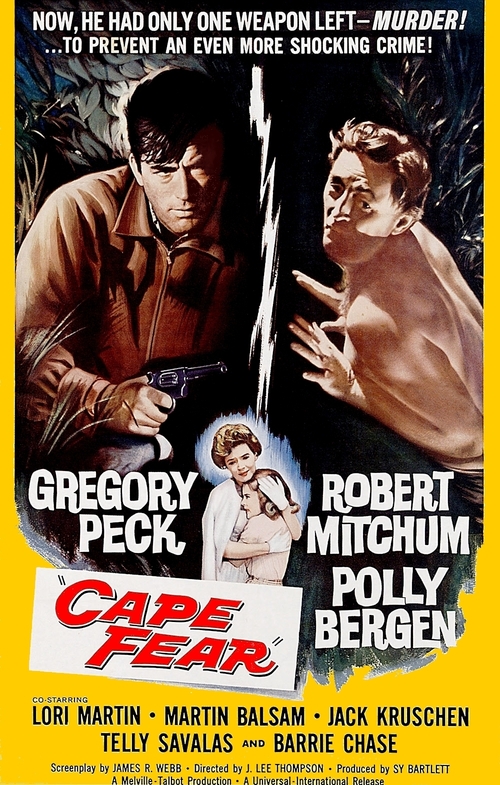 Trial lawyer Sam Bowden (Peck) finds himself and his family threatened by the return of Max Cady (Mitchum), a wily and dangerous criminal just released from prison. Since Sam was prosecuting attorney at Max's trial, Cady holds a king-size grudge against him for sending him away, and does everything he can, short of being seen breaking the law, to transform the Bowdens' world into a living hell.

Compared to Martin Scorsese's excessively graphic re-make, J. Lee Thompson's original is a subtler, vastly more chilling exercise, with Mitchum's Cady a searing portrait of evil and barely contained violence. The story examines how the law can work against the innocent when the victimizer knows just how far he can go to harrass his victims with impunity. Peck is reliably stolid as Sam, Polly Bergen excels as jittery wife Peggy, and both Martin Balsam and Telly Savalas provide assured support, playing a sheriff and private detective. For edge-of-your-seat entertainment, set a course for "Cape Fear."