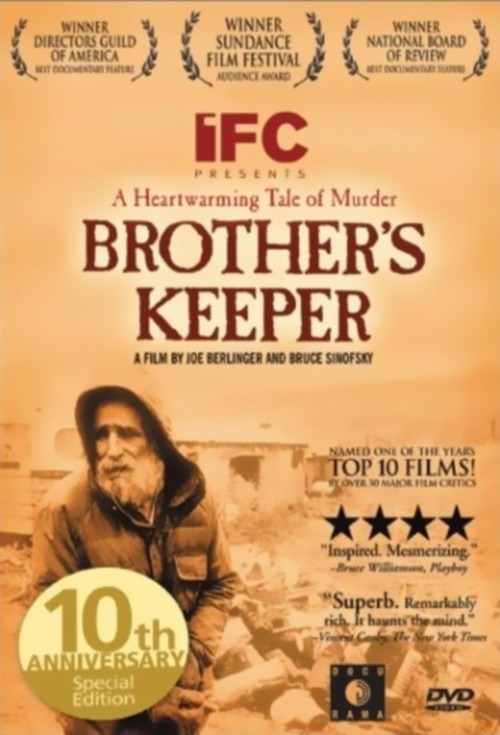 This intriguing documentary trails semi-literate dairy farmer Delbert Ward, who was arrested for murder in 1990 after authorities in Munnville, NY, determined that his ailing 60-year-old brother, Bill, recently deceased, did not perish of natural causes. In candid interviews with Delbert, town officials, and two other Ward brothers, Lyman and Roscoe, it quickly becomes obvious that the mentally impaired Delbert was coerced into signing a confession. As the townspeople catch wind of his predicament, they passionately argue for his innocence.

Dealing with a raft of troubling issues like poverty, mercy killing, and rural prejudice, Berlinger and Sinofsky's insightful, award-winning feature probes the meaning of justice by analyzing the facts in one particular small-town murder case. As details about Delbert and Bill's unusually close relationship emerge, and the media parasites descend, it's impossible not to feel sympathy for Delbert's plight, especially considering his limited resources, understanding, and isolation from a community that for years regarded his family with condescension, if not contempt. A fascinating glimpse at a seldom-seen, not-so-far-away world, this resonant film is indeed a "Keeper."