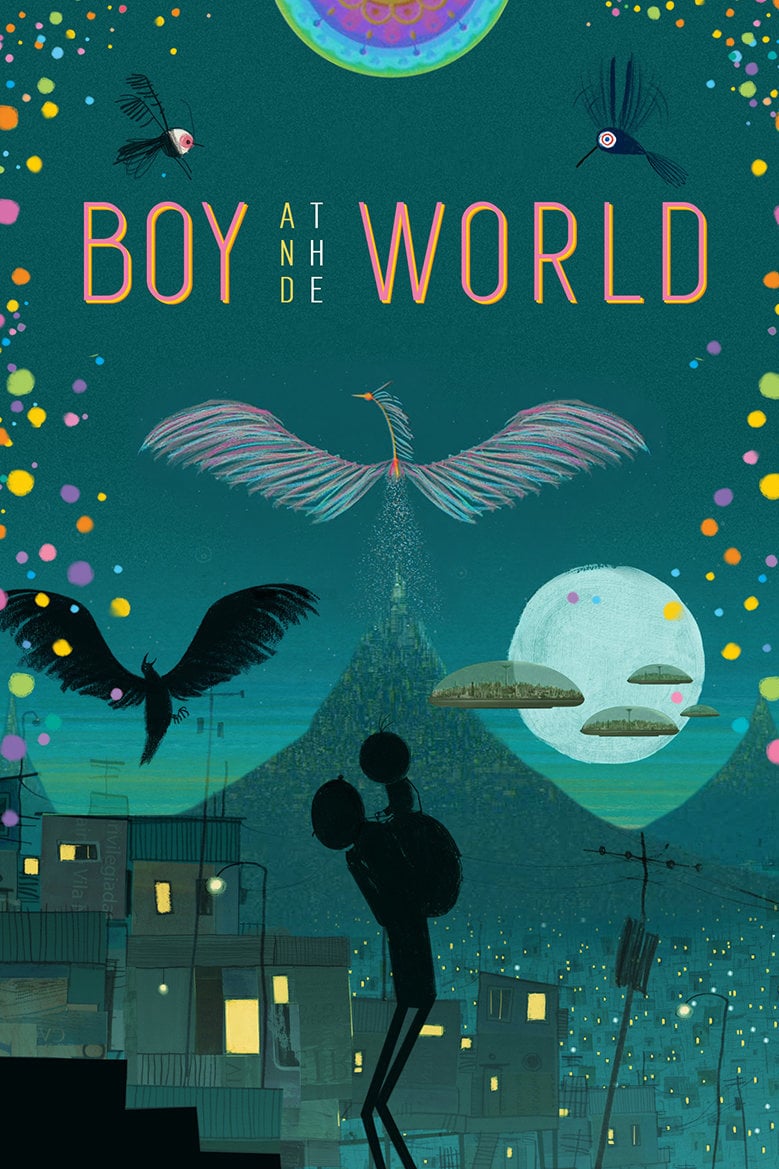 Boy and the World

A young boy leads a carefree life playing in the farmlands of his home with his loving parents. But one day he watches his father leave for the city, presumably to look for work. The boy tries to follow him on a big, scary train but instead is whisked away to a strange world. Before returning home, he has many adventures, which include befriending an old man and his dog, working in a factory, and being carried off on a huge container ship.

With simple, hand-drawn frames, Abreu uses colorful, child-like imagery to convey an increasingly menacing view of the world, even breaking into live-action footage for thematic emphasis at one point. There’s very little dialogue, yet the message is clear: our world is changing quickly and not for the better. A beautiful soundtrack accompanies the boy on his journey and provides a musical leitmotif of family and home in this charming, Oscar-nominated fable.