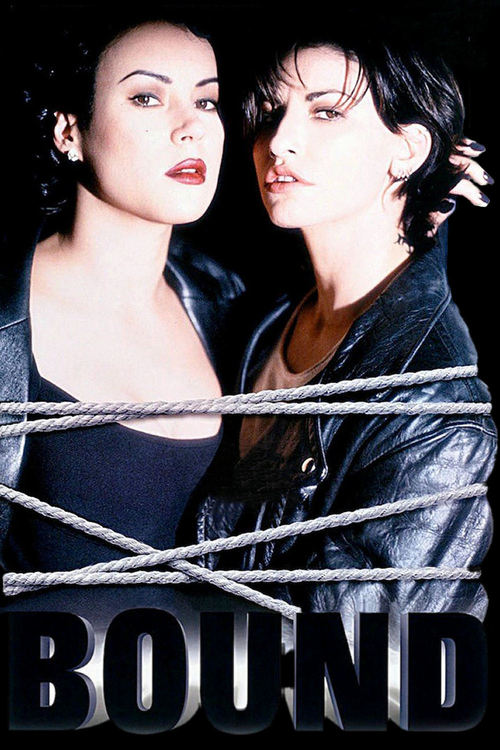 After locking eyes on an elevator, lesbian ex-con Corky (Gershon) and sultry moll Violet (Tilly), who lives adjacent to the apartment Corky's renovating, embark on a steamy love affair right under the nose of Violet's brutal mobster boyfriend, Caesar (Pantoliano). But things really heat up when they hatch a plan to steal $2 million in mob money and leave Caesar holding the bag.

Before they wrote and directed "The Matrix," the Wachowskis concocted this smart, highly entertaining sex thriller-cum-mob caper. As lesbian lovers and co-conspirators, co-stars Gershon and Tilly heat up the screen with lusty, playful abandon, and Pantoliano is superb as the clueless crook who's wronged in more ways than one. The script is deliciously twisty — a sort of mash-up of 1940s noir, "Godfather"-ish crime drama, and "Basic Instinct"-style betrayal. By all means, get caught up in "Bound."