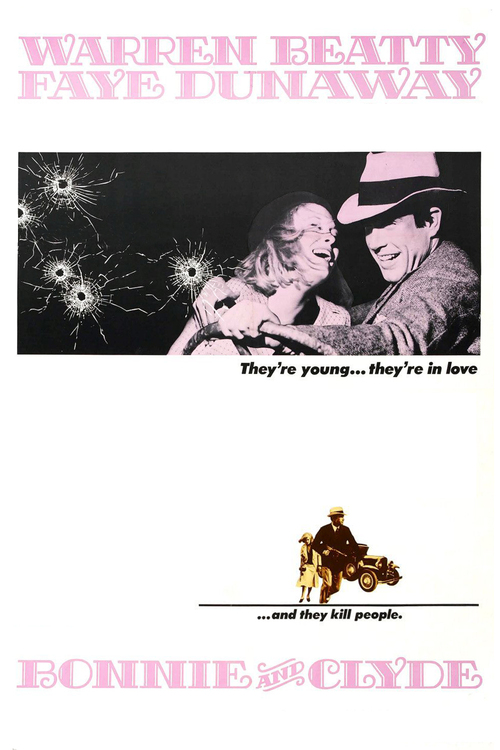 Loosely based on the real-life exploits of the infamous 1930's-era bank-robbing couple, this film follows cocky outlaw Clyde Barrow (Beatty) and renegade moll Bonnie Parker (Dunaway) from love at first heist to their legendary demise in a blaze of gunfire. Embarking on a cross-country crime spree with Clyde's brother, Buck (Hackman), and his wife, Blanche (Parsons), Clyde is hailed as a Depression-era hero, but the gang's days are numbered as they try to outrun and outgun the coppers.

With its gritty outlook and unapologetic celebration of anti-authoritarianism, Arthur Penn’s brilliant "Bonnie and Clyde" helped usher in the New Cinema of the ‘70s. Skittish about the film's violence, Warner Bros. almost soft-pedaled the movie's release into an early, anonymous grave, but producer/star Beatty fought to make sure audiences got their say – and of course, they loved it. In just her third film role, Dunaway captivated men and women alike, holding her own scene by scene with veteran star Beatty. Her costumes also set off a brief retro-twenties fashion craze. Oscar nods went to Penn, Beatty, Dunaway, Hackman, and Parsons, but only Estelle took home the prize. (Also look for Gene Wilder in a key supporting part.)