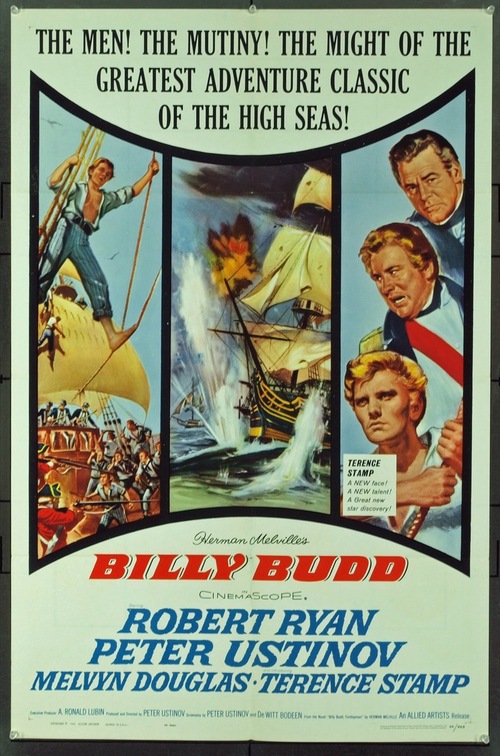 On a British warship arrayed against the French and helmed by fair-minded Captain Edwin Fairfax Vere (Ustinov), handsome, illiterate sailor Billy Budd (Stamp) enjoys the bonhomie of his fellow seamen, but unwittingly makes an enemy of callous master-at-arms John Claggart (Ryan), who believes Billy's good-natured smiles and inarticulate demeanor to be a form of insubordination. Tragically, Claggart decides to use his position to turn the tide of goodwill against Billy.

Set in 1797, and based on Herman Melville's famous novella, Ustinov's sterling big-screen version of "Billy Budd" features a memorably fierce turn by Ryan and an almost angelic one by Stamp, playing the pure, blond-haired innocent. As with many of Melville's men-at-sea books, the conflict here has a current of homosexual tension, which Ustinov carefully exploits in directing Ryan's cruel, unexplained antipathy. Shot in Spanish waters by cinematographer Robert Krasker, "Billy Budd" is an intense, heartbreaking tale of good and evil grappling on the high seas.