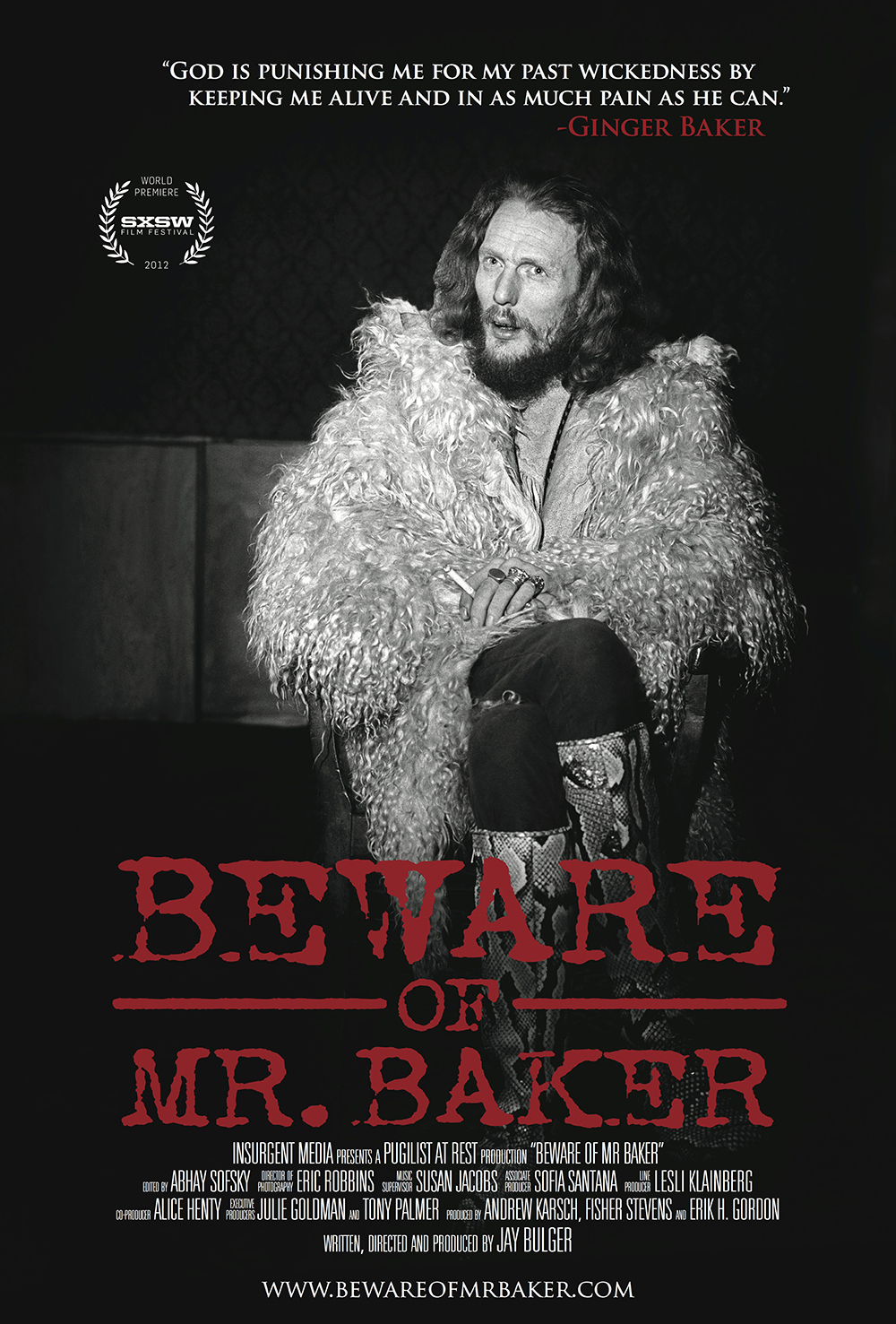 The British musician Ginger Baker grew up in South London during the Second World War, admiring jazz drummers such as Phil Seamen and Max Roach. In 1966 he joined up with Jack Bruce and Eric Clapton to form the legendary band, Cream. Hugely successful but short-lived, once Cream curdled, Baker joined Blind Faith, also with Clapton. After that group disbanded, it was downhill for Baker, largely due to his rampant drug use and erratic behavior. Decades later, living with his fourth wife in South Africa, Baker discusses the tempestuous highs and lows of his career, including playing with Afrobeat artist Fela in Nigeria, and reuniting with Cream in 2005.

Rock God, addict and polo enthusiast, Baker makes for a colorful documentary subject: irascible and unpredictable, hugely talented and full of piss and vinegar. Determined, long-suffering director Bulger (who’s in the film and a frequent target of abuse for the cranky rock star) uses well-chosen archival footage and photos, also weaving in ominous animation of the flame-haired Baker to illustrate his volatile career and personal life. Leaving wives, children and continents in his destructive wake, Baker continues to beat against the wind...and anyone or anything who stands in his way. “Beware” of missing this wildly entertaining film.