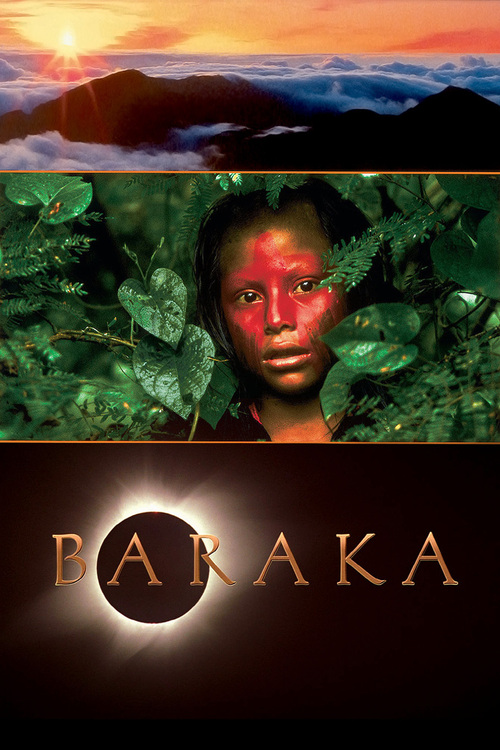 A tour de force guided meditation set in 24 countries, this ravishing, purely visual film depicts a barrage of extraordinary landscapes and bizarrely gorgeous human rituals, fusing them via time-lapse cinematography into a hypnotic collage of primitive, natural phenomena. From Lake Natron in Tanzania to the Wailing Wall of Jerusalem, the lip of a volcano to the early morning bustle of Hong Kong, Fricke's film takes in the world, musing on the myriad interconnections between man and his environment.

Juxtaposing scenes of incredible natural beauty with the corrosive detritus of our "civilized" world, this feature employs a technique similar to "Koyaanisqatsi: Life Out of Balance," and meets that previous film's high standards. Fricke also includes mesmerizing sequences recording spiritual and cultural traditions in exotic locales, like Bali and Tibet, rituals that harmonize beautifully with their subjects' geographic surroundings. Shot in 70mm anamorphic, "Baraka" is a mind-blowing experience that you should see on the biggest and best screen in your house.