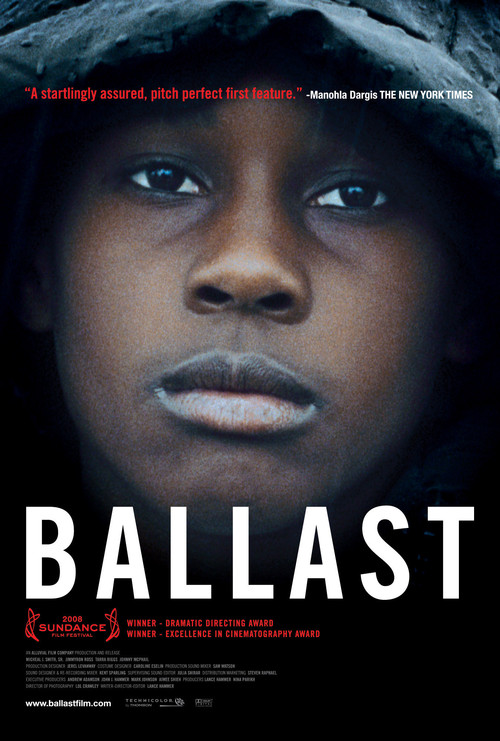 Eking out a living a minimum-wage jobs in a tiny Mississippi town, Marlee (Riggs) tries to provide as best as she can for her 12-year-old son, James (Ross),  an incommunicative youth who's been drifting into the orbit of a malicious gang of teenage drug dealers.  Spooked by an act of violence her son's actions have provoked, Marlee flees with James and seeks shelter with Lawrence (Smith), a suicidally depressed acquaintance with whom she has a deeply conflicted history.  With halting steps, the trio find a path to healing, making peace with the unspoken pain that has shattered their lives.

Shot on location in the mostly barren, wintry environs of the Mississippi Delta, a place of extreme poverty and frigid beauty, Lance Hammer's exquisite "Ballast" examines the lives of three lost souls (beautifully portrayed by local actors Smith, Riggs, and Ross) who find themselves in circumstances of hardship and desperation. Hammer evokes a mood of stately, almost sublime melancholy, but is careful not to bury his characters beneath the heavy atmosphere, allowing them to find a tentative state of grace.