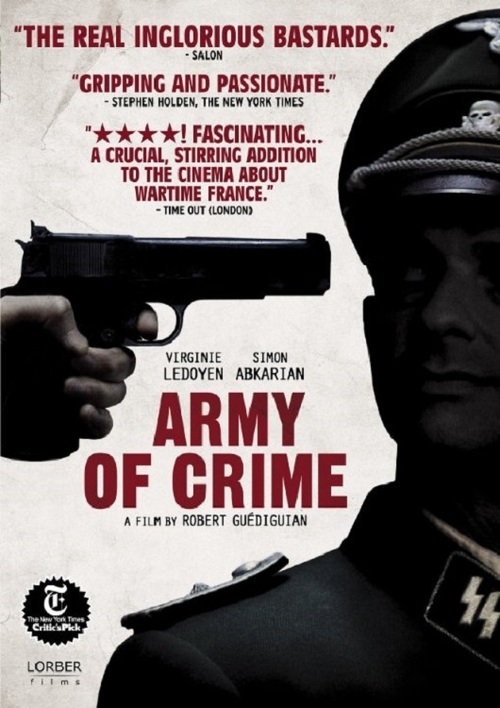 During the dark days of the Vichy Regime in World War Two, groups of French Jews, immigrants, Communists and other assorted partisans organized themselves into a shadow army that fought against the Nazis and their French collaborators. Dubbed the Army of Crime by the Germans, these groups staged ever more daring acts of resistance and helped shake the resolve of the occupying forces. Guediguians epic drama revolves around the activities of the Manouchian network, named after its leader, exiled Armenian poet Missak Manouch (Abkarian).

This absorbing, fact-based film reveals the dire fates of this rag-tag group of partisans upfront, which only serves to accentuate the tragic nobility of their effort. It holds us spellbound as it depicts the bold, hazardous tactics of their resistance, while believably depicting how everyday citizens attempted to live relatively normal lives during the occupation. Crafted with assurance by director Guedigian, and anchored by superb performances from stars Akbarian as Missak and Ledoyen as his equally valorous wife Melinee, Crime revives once again the sense of outrage and incredulity that the scourge of Nazisim could have actually occurred in modern times.