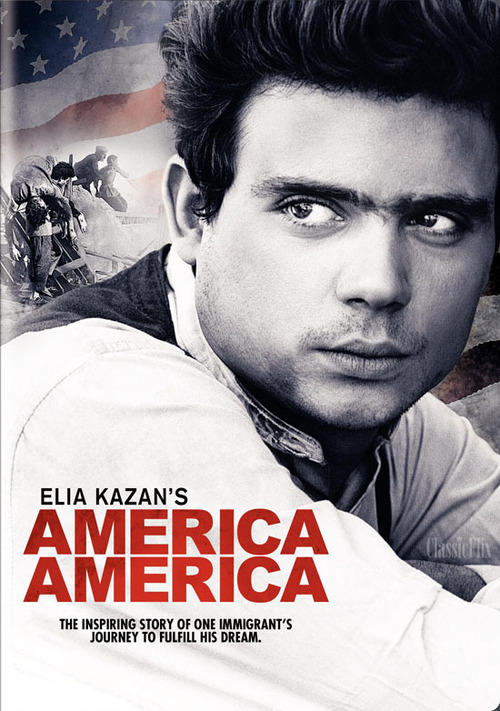 Elia Kazan's largely forgotten epic relates the tale of his own Uncle Stavros (Giallelis) who, early in the twentieth century, left his small village in Turkey and made his way to Constantinople. His ultimate, seemingly unreachable goal: to emigrate to America where he would work to pay the passage there for the rest of his family. During his long journey, he's swindled out of all his possessions, subjected to hard labor, and briefly jailed. He then nearly marries the daughter of a rich businessman (Marsh). Though pursuing his quest is often brutal and cruel, Stavros never loses his personal sense of honor, and a burning, undying passion for a better life in an undiscovered country.

Master filmmaker Kazan's most personal film renders his Uncle's nearly unbelievable tale without a trace of sentimentality, never shying away from the more unsavory acts undertaken by Stavros in pursuit of his dream. Shot mostly in Greece and Turkey by the inimitable Haskell Wexler, the picture's stunning black and white photography perfectly captures the rugged Mediterranean terrain and cramped Constantinople streets. The overall effect approximates time travel, whereby a far-off world takes on an astonishing immediacy. Kazan may have scored three Academy Award nominations (Director, Picture, and Original Screenplay), but this film was not fully appreciated in its day, partly due to the absence of star-power. Savor this opportunity to reassess a long neglected classic.