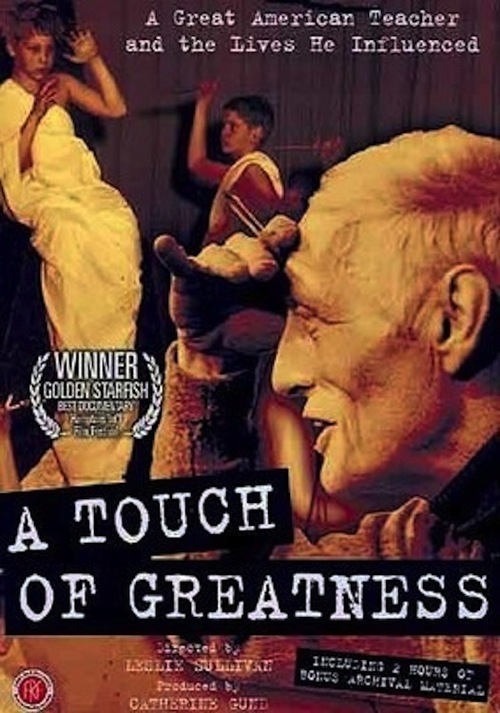 A Touch of Greatness

In the 1960s, budding director Robert Downey Sr. began to film an exceptional teacher named Albert Cullum. At the time, standard educational practice involved sticking to the approved textbook and never deviating from the norm, but Cullum defied convention by incorporating drama, poetry, and creative play into his routine. Director Leslie Sullivan's "A Touch of Greatness" builds on Downey's footage to create an intimate portrait of this teaching pioneer's career as he challenged and inspired in children a love of learning that would last a lifetime.

Director Sullivan skillfully weaves early footage shot by iconic indie filmmaker Robert Downey Sr. with archival TV broadcasts, vintage interviews, and more recent conversations with now-grown children, parents, and Cullum himself, to fashion a revealing picture of this amazing educator: his warm personality, innovative outlook, and the groundbreaking career that resulted from these special qualities. While some of the methods that Cullum employed are now de rigueur, we’re reminded that just a few decades ago, these creative approaches were yet to be integral to the classroom experience. "A Touch of Greatness" eloquently demonstrates that with enough conviction, a great teacher can create positive changes in established practices that end up transforming lives.

A Touch of Sin