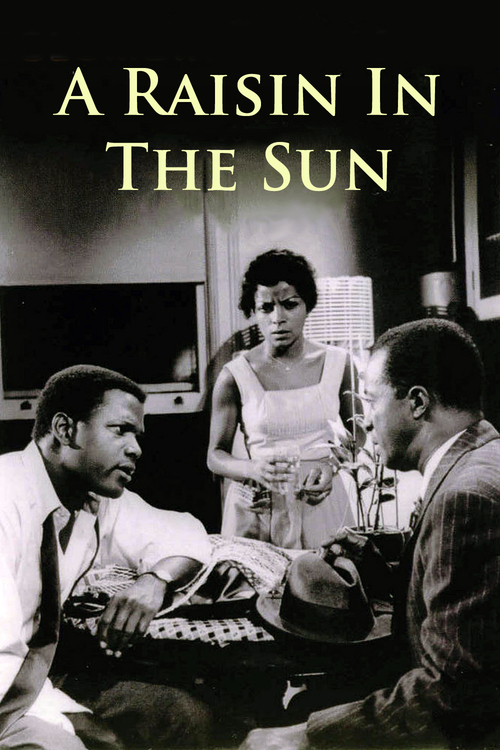 A Raisin in the Sun

Walter Lee Younger (Poitier) is a proud but frustrated young man counting on his recently widowed mother, Lena (McNeil), to let him invest her $10,000 life-insurance check in a business which could lift him and his family out of their dead-end existence. Despite her son's entreaties, Lena plans to buy a home and leave Chicago's South Side for good, stoking Walter's anguish and resentment.

Based on Lorraine Hansberry's play, Daniel Petrie's magnificent "A Raisin in the Sun" provides an ideal star vehicle for young Poitier's explosive talent. The actor projects barely suppressed rage as he pleads with Claudia McNeil's resolute matriarch, who wants to use her money to buy a new home. Poitier's raw desperation is palpable as his one chance to better himself slips away. See this for Poitier's intense performance, and McNeil's equally powerful turn as his mother. Ruby Dee also scores as Ruth, Walter's long-suffering wife.

A Room with a View