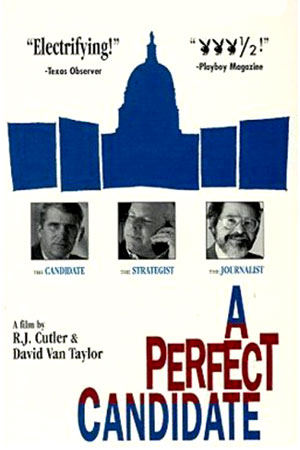 This eye-opening doc trails Iran-contra perjurer and right-wing folk hero Oliver North on his campaign for senate in 1994. Running against former Virginia governor Doug Wilder and almost comically stiff rival Chuck Robb, North relies on his aw-shucks, straight-talk appeal while his ruthless strategists plunge headlong into the dirty business of tarnishing the opponent.

Sure, 1994 was eons ago in political years. But this on-the-road, behind-the-scenes look at the electoral process really nails the pull-no-sucker-punches prehistory of our current era of cutthroat campaign politics. North’s two handlers, Mark Goodin and Mark Merritt, practically invented the smear tactics of negative ads, going for the jugular when one of Robb’s embarrassing peccadilloes is brought to light. And longtime Washington Post columnist Don Baker is no less cynical than his peripatetic subjects. For some fascinating perspective on the day-to-day workings of contemporary politics, do the right thing and vote for “Candidate”!

A Pigeon Sat on a Branch Reflecting on Existence