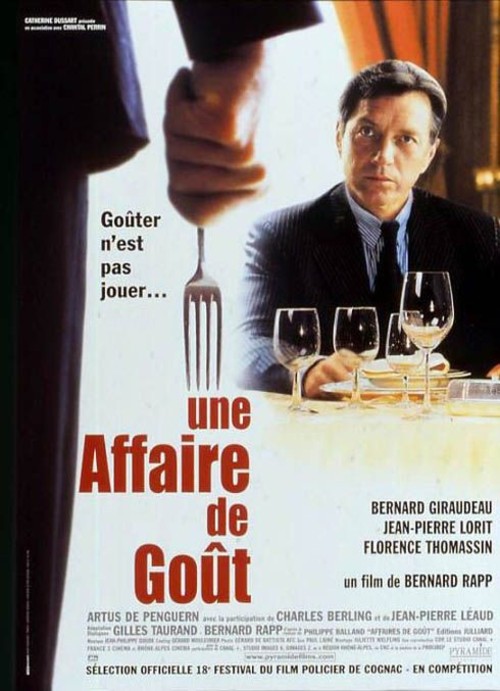 A Matter of Taste

As a result of a chance encounter, suave tycoon Frederic Delamont (Giraudeau) hires handsome waiter Nicolas (Lorit) to be his official food taster. But catering to a reclusive millionaire with a highly sensitized palate, Nicolas soon learns, is no picnic, as the demanding Frederic virtually takes over his life. Something unsavory seems to be on the menu, too.

Bernard Rapp's "A Matter of Taste" is one of those deliciously twisted suspense films the French are so adept at concocting. Giraudeau gives a nuanced, unnerving performance as the neurotic employer, while Lorit also scores as the bewildered Nicolas, attracted to Delamont's power but uneasy about bizarre emotional undercurrents in his new job. For fans of subtle psychological thrillers, this gripping tale is sure to go down easy.

A Moment of Innocence