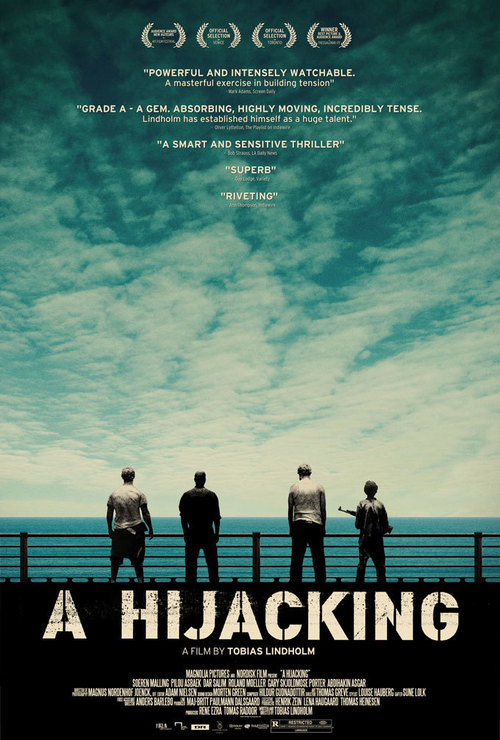 In the Indian Ocean, a Danish freighter is hijacked by a band of Somali pirates. Their translator Omar (Asgar) contacts Peter (Malling), the CEO of the shipping company, and demands 15 million dollars. The no-nonsense Peter brings in a hostage expert (Porter), yet takes on the psychologically taxing task of negotiating with Omar himself. The crew, including Mikkel (Asbaek), the ship’s cook, suffers weeks of deprivation and uncertainty. Can they hold out?

Lindholm’s second feature is a taut, tension-filled drama that adopts a documentary-like feel, eschewing all Hollywood clichés. The director’s commitment to authenticity extends to the casting of Porter, a real-life hostage negotiator. Shooting took place on-location; these are actual shipping offices, and we’re even seeing on-screen a freighter that was once hijacked by Somalis. The claustrophobia of the hot, cramped ship is contrasted with the equally oppressive conference room where Peter makes life and death decisions. Let yourself get hijacked by this gripping, often harrowing thriller.

A League of Their Own