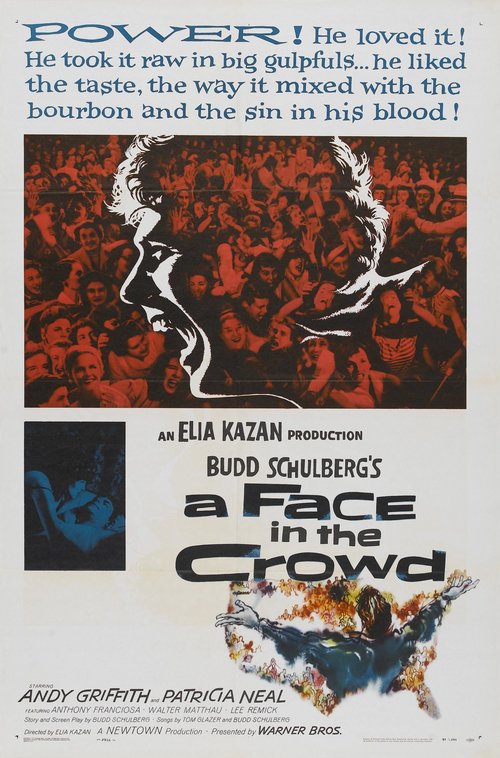 A Face in The Crowd

Local radio interviewer Marcia Jeffries (Neal) decides to interview transients at the local jail for a human-interest story. There, she spots a drunken Arkansas hayseed named Larry “Lonesome” Rhodes (Griffith), whom she discovers has a rare gift for gab and song. Before long, due to Marcia's initial boosting, “Lonesome” becomes a wildly popular network TV star. Little does she know she's creating a monster.

This engrossing and sobering tale about the precarious and poisonous nature of fame in our mass-media age seems even more timely today. Budd Schulberg's script literally sizzles, and Neal is superb. As for Andy, this role made him — but he sure is a long way from Mayberry! The sterling supporting cast includes a young Lee Remick as Betty Lou, Lonesome's baton-twirling, clueless child bride; Tony Franciosa as a slimeball talent agent; and the legendary Walter Matthau as a wise but weary network executive. This is one “Face” you'll never forget.