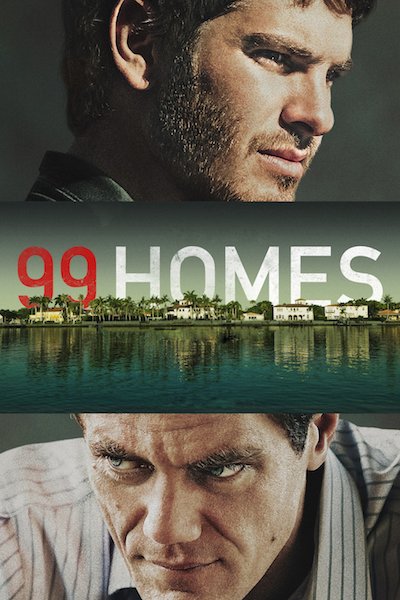 Unemployed single dad Dennis Nash (Garfield), his mother (Dern) and young son (Lomax) are evicted from their foreclosed home by unscrupulous realtor Rick Carver (Shannon). Living in a seedy motel and desperate for work, Dennis secretly converts to the enemy side, taking a job working for Rick on his properties. Soon he is helping him run scams on the banks, and even oversees new evictions. Determined to buy back his house, Dennis is seduced by the lure of easy money at the expense of other people’s misfortunes.

Set in Florida in 2010, Bahrani’s brutally harsh drama is a searing indictment of the real estate foreclosure crisis and its cutthroat profiteers. Shannon oozes cold-eyed cruelty as the shark-like Carver, a man devoid of humanity and consumed by greed. Garfield, playing the sympathetic everyman in a moral and ethical bind, turns in a modulated performance of barely contained anguish and guilt. Bahrani’s award-winning sixth feature is an angry howl at a corrupt system that too many of us feel powerless to change.