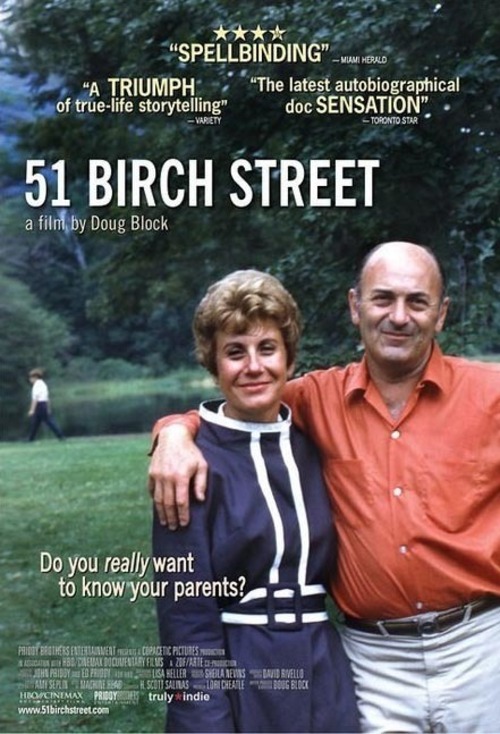 Do we really know our families as well as we think we do? Filmmaker Doug Block always assumed his parents had been content, if not happy, during their 55-year marriage. But when his octogenarian father Mike relocates to Florida with his onetime secretary weeks after Block’s mother dies, he travels to his childhood home on Long Island to find the truth, and discovers a trove of troubling family secrets.

Plumbing the same psychological terrain as personal documentaries like "Sherman's March" and "Capturing the Friedmans," Block's aching auto-history is a kind of detective story that morphs into an extended meditation on love, fidelity, and family bonds. Block's father had always been something of an enigma, but the discovery of his mother's diary reveals a much more complex figure than he ever imagined. To his credit, Block reconstructs his image-shattering journey with a poignant, rather than lurid, emphasis. As a portrait of marriage and one man's interior life, it is unparalleled.